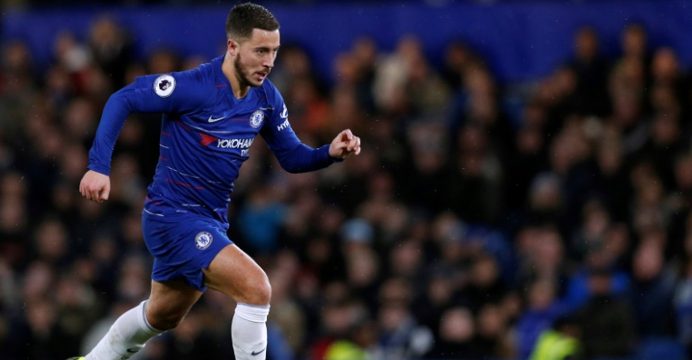 It took 19 games for Maurizio Sarri to suffer defeat as Chelsea manager, but a stunning start to life at Stamford Bridge has quickly turned sour with the Italian lambasting his side’s mental fortitude after Saturday’s 2-0 defeat at Arsenal.

loss in 11 league games leaves Chelsea at serious risk of missing out on the Champions League for a second consecutive season for the first time since Roman Abramovich bought the club in 2003.

Sarri’s men are still in pole position for a top-four finish, but now lead Arsenal and a resurgent Manchester United by just three points.

Moreover, Chelsea still to visit United, as well as title-chasing Liverpool and Manchester City in their final 15 games of the league campaign.

The trend since the Blues lost for the first time under Sarri at Tottenham at the end of November suggests Chelsea will not maintain their slender advantage.

Under Abramovich, Chelsea managers don’t tend to be given time if unsuccessful in their first season.

Sarri insisted he is still up for the fight, even if he accused his players of lacking the same heart.

“It seems to me that, as a group of players, they’re not aggressive from a mental point of view. They don’t have a ferocity in their mentality,” said Sarri.

“It’s difficult to change. You have to try and influence their mentality and it could take some time, or it could change with a new player coming in or an older head assuming more responsibility and driving the team on.”

Sarri does seem set to get what he wanted in the signing of Gonzalo Higuain on loan from Juventus for the rest of the season to offer some much needed firepower.