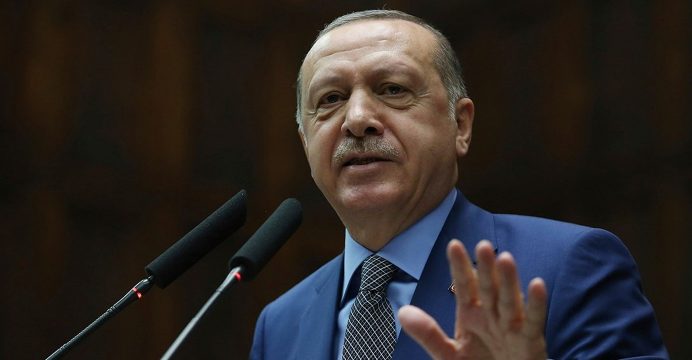 Turkey hits back at Trump threats over Kurds

Turkey on Monday vowed to keep up the fight against a US-backed Kurdish militia it views as terrorists after Donald Trump warned of economic devastation if Ankara attacks Kurdish forces as American troops withdraw.

Trump’s threat came after Ankara repeatedly threatened a new cross-border operation against the Kurdish People’s Protection Units (YPG), which have working closely with the United States in the war on Islamic State extremists.

US support to the YPG has been a major source of tension between the NATO allies.

Turkish President Recep Tayyip Erdogan’s spokesman Ibrahim Kalin said there was “no difference” between IS and the YPG.

“We will continue to fight against them all,” he said.

Trump on Sunday warned the US would “devastate Turkey economically if they hit Kurds”.

“Mr @realDonaldTrump Terrorists can’t be your partners & allies. Turkey expects the US to honor our strategic partnership and doesn’t want it to be shadowed by terrorist propaganda,” Kalin said in a tweet to the US president.

Kalin said on Twitter that it was “a fatal mistake to equate Syrian Kurds\ with the PKK”, saying that Turkey fought against terrorists not Syrian Kurds.

While there have been tensions over American training of the YPG under the Kurdish-led Syrian Democratic Forces (SDF) alliance, there appeared to be some improvement on the issue after Trump said last month 2,000 American troops would withdraw from Syria.

Ankara welcomed the pullout decision after Erdogan told Trump in a phone
call that Turkey could finish off the last remnants of IS.