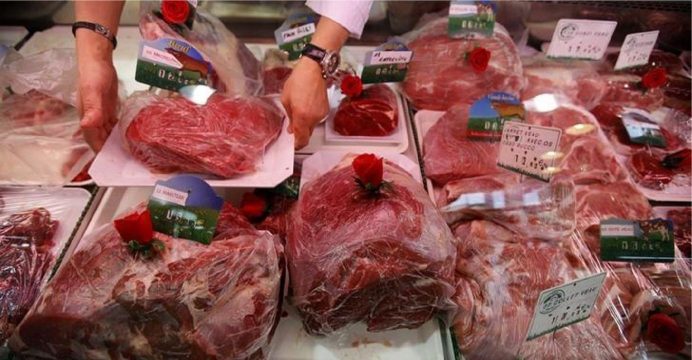 Japan to end a ban on British beef and lamb

Japan will end a ban on British beef and lamb that has been in place since the mad cow disease epidemic.

The move comes ahead of a meeting between Japan’s Prime Minister Shinzo Abe and Theresa May, reports BBC.

The leaders are expected to announce funding for technology collaborations at the Downing Street meeting on Thursday.

Brexit is also expected to loom large over the talks, with Mr Abe expressing Japan’s concerns.

Downing Street says Japan’s decision to drop the beef and lamb ban, which has been in place since 1996, will be worth £127m to British farmers over five years.

Exports of red meat products from the UK surpassed £1.2 billion in 2017, according to Revenue and Customs Statistics.

The funds will go towards new aged-care technologies, medical treatments and green transport and energy solutions.

The two countries will also agree to forge closer defense and cultural ties.

Mr Abe is expected to use the meeting to reiterate Japan’s concerns over a disorderly Brexit.

Mrs May expressed optimism about the meeting.

“As the UK prepares to leave the EU, we raise our horizons towards the rest of the world. Our relationship with Japan is stronger than ever, and this visit will enhance co-operation in a wide range of areas,” she said.

“But it is a clarity that Theresa May cannot give – because the future political framework that parliament is to vote on next week is no more than a flimsy statement of intent,” he said.