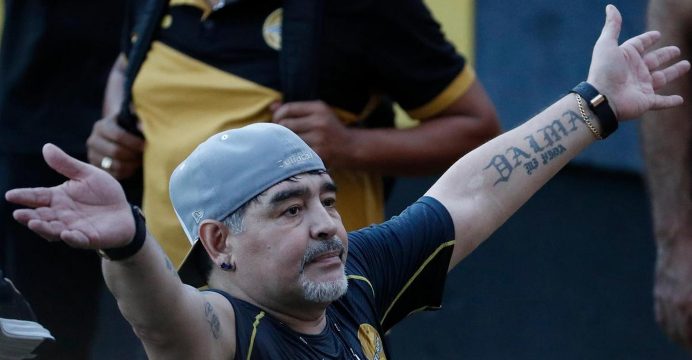 Argentine Football great Diego Maradona was released from hospital after being admitted earlier on Friday with internal bleeding in the stomach which was discovered during routine examinations, his daughter Dalma said.

The 58-year-old was having a routine medical in his homeland before returning to Mexico, where he is coach of second division side Dorados de Sinaloa, when doctors discovered the problem.

However, a source close to the family told Reuters the problem was not serious and that the former Boca Juniors, Napoli and Barcelona midfielder, who famously led his country to the 1986 World Cup title, was not in any danger.

Another source said Maradona, who left the hospital without talking to the media, may have to undergo more tests.

Friday’s scare was the latest for Maradona, who has suffered frequent periods in hospital over the years, often due to the extravagant lifestyle that helped make him one of the most admired and iconic footballers of the 20th century.