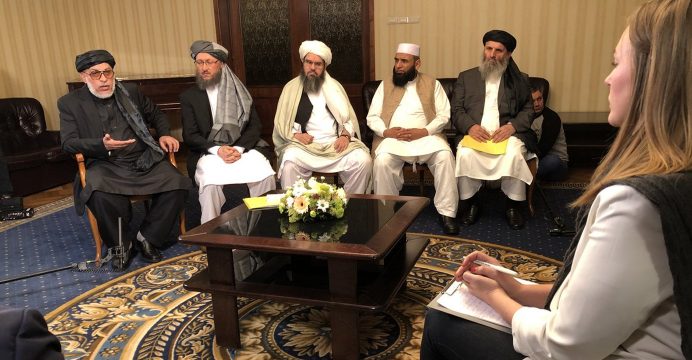 Taliban seek venue change for peace talks with US

The Taliban will not attend planned peace talks with the United States in Saudi Arabia this month, and want to shift the venue to Qatar, Taliban officials said on Sunday, seeking to fend off Riyadh’s push to include the Afghan government in talks.

The upcoming negotiations, the fourth in a series aimed at ending the 17-year war in Afghanistan, are scheduled between the leaders of the Taliban and U.S. special envoy Zalmay Khalilzad to discuss the withdrawal of foreign forces and a possible ceasefire in 2019.

Leaders of the hardline Islamic militant group have rejected the Kabul government’s offer for direct talks, despite growing international pressure in favor of the Western-backed Afghan government having a seat at the table.

The Taliban want to change the venue for the talks to Qatar, he said, the political headquarters of the militant group that is fighting to restore strict Islamic law in Afghanistan and the site for earlier talks.

Taliban spokesman Zabihullah Mujahid confirmed the group has decided to cancel the meeting in Saudi Arabia, but did not provide information about a new meeting venue.

The United States embassy in Afghanistan did not immediately respond to a request for comment.