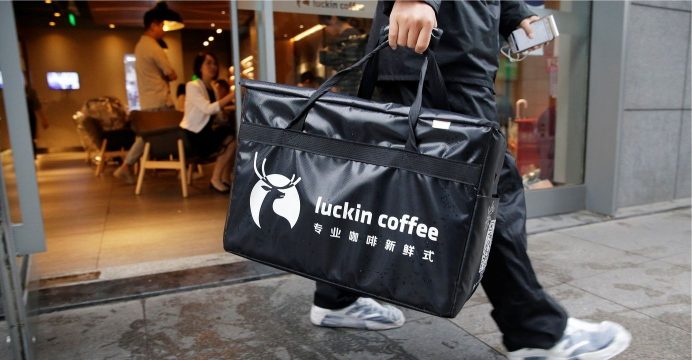 Chinese coffee startup Luckin is aiming to open 2,500 new stores this year and overtake Starbucks Corp as the largest coffee chain by the number of outlets in the world’s second-biggest economy, the company said on Thursday.

At a presentation in Beijing, Luckin said it was targeting a total of over 4,500 stores by the end of 2019, which would take it past Starbucks, which has long dominated China’s coffee scene and has over 3,600 stores in the country, reports Reuters.

Luckin, backed by Singapore sovereign wealth fund GIC Pte Ltd and China International Capital Corp Ltd, has expanded rapidly, opening over 2,000 locations in the last year and gaining a valuation of $2.2 billion after raising $200 million in a funding round last month.

Reuters previously reported that Luckin, which has propelled its growth with discounting and focusing on delivery, was also in early-stage talks with investment banks about an overseas initial public offering.