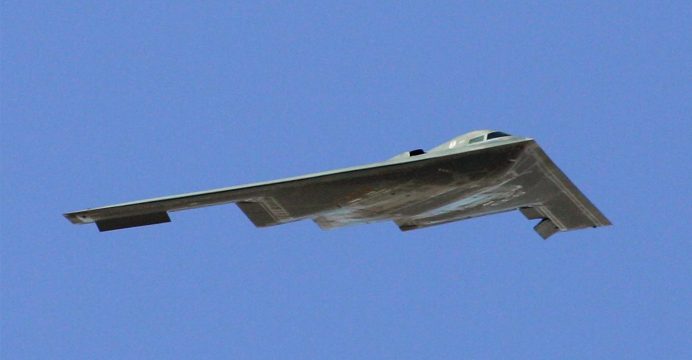 US Strategic Command apologized Monday for a joke in “bad taste” after tweeting it was ready to drop something “much bigger” than the traditional Times Square crystal ball at New Year.

In a message posted, and later deleted, on Twitter, the military force that controls the US nuclear arsenal released a video in which B-2 bombers drop bombs, with the message: “If ever needed, we are #ready to drop something much, much bigger.”

Amid the jaw-dropping and eye-raising on social media that followed, STRATCOM — whose slogan is “peace is our profession” — then tweeted an apology.

“Our previous NYE tweet was in poor taste & does not reflect our values. We apologize. We are dedicated to the security of America & allies,” it said.

About a million people are expected Monday in New York’s Times Square, where revelers since 1907 ring in the New Year watching a giant ball slide slowly down a pole.