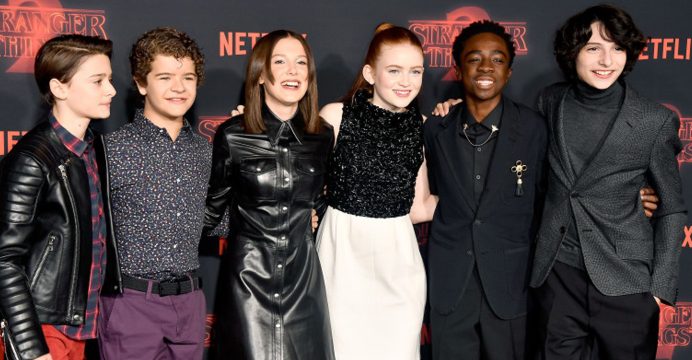 It’s a good thing you will probably already be off for the Fourth of July because Netflix has announced that’s the day it will release the eagerly awaited new season of its hit, Stranger Things.

The streaming giant used the New Year’s holiday to tweet an image showing the show’s cast with fireworks and the words “July 4.”

A brief teaser for the show’s third season accompanied the announcement, giving fans plenty of cryptic hints to think over while enjoying their morning coffee. A news broadcast from New Years’ Eve 1985 includes some bizarre intermissions from a government agency, filled with phrases like “when blue and yellow meet in the west” and nonsensical terms like “SilverCatFeeds.”

A poster for the season also debuted on Twitter last night, bringing us up to date with what’s going on in the lives of our favorite Hawkins residents. Eleven (Millie Bobby Brown) and Mike (Finn Wolfhard) seem like they’re still going strong, holding each other’s hands as Independence Day fireworks explode in the distance. This is Hawkins, though, so we can only assume everything is not as serene as it appears.

Netflix also released a video showing footage of the countdown on Dick Clark’s “New Year’s Rockin’ Eve” in 1985 (the year in which the new season is set) before revealing the premiere date.