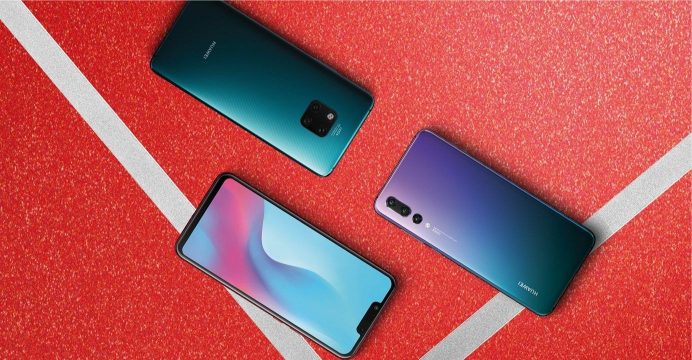 Huawei Consumer Business Group announced that its smartphone shipments for the 2018 year have exceeded 200 million units, thanks to the enthusiastic support of consumers and partners around the world, as well as the strength of the smartphone products, including the Huawei P20 and Mate 20 series and Honor 10. These 200 million shipments, including Honor devices, constitute a new record for Huawei.

The Huawei P20 series is once again raising the bar for what smart mobile photography can do, proving that even thin and stylish mobile phones can provide a professional-level photography experience. Since its release in March 2018, global shipments have exceeded 16 million units, with female users accounting for nearly half of that number.

The Huawei Mate 20 series follows the advanced technological standards that the Mate series established, and is equipped with the most powerful and sophisticated chip in Huawei history, the Kirin 980. The chipset features highly sophisticated 7nm processing and a more powerful A76-based+G76 architecture. Within two months of the release of the Mate 20 series, it had already shipped over 5 million units.

Huawei’s nova series has been particularly popular with young users, thanks to its stunning appearance and innovative visual elements. As of the end of 2018, nova series has sold a total of over 65 million units, making it the leader of Huawei’s nascent line of mid-range devices.

In the past eight years, Huawei Consumer BG has persisted in the concept of “consumer-centric” and using innovation to create value for its customers. The company has also led a number of the industry’s most popular, innovative, and competitive technological fields, such as photography, battery life, communication, and AI. This innovation has won the favor of consumers around the world.

Huawei’s smartphone shipments have increased from 3 million units in 2010 to 200 million units in 2018, reflecting approximately a sixty-six-fold growth. In the global smartphone market, Huawei has gone from being dismissed as a statistical “Other” to ranking among the top 3 players in the world. And in the second and third quarters of 2018, Huawei became the world’s second largest smartphone manufacturer, with a global market share of 14.6%.

At present, Huawei smartphones are being used by more than 500 million consumers in more than 170 countries around the world. According to a report by IPSOS, one of the industry’s leading third-party research institutions, the Huawei brand has already become associated with the idea that it keeps on progressing, and has strong innovation ability and trustworthiness in the eyes of its global consumer base.

Richard Yu, CEO of Huawei Consumer BG, stated that: “Looking to the future, Huawei’s consumer business will focus on the core concept of ‘consumer-centric’, and will dare to keep innovating, and make every effort to become a pioneer and leader in the next wave of the smartphone revolution, as well as constantly create new value for consumers, let our consumers better enjoy their lives, and truly make Huawei a brand that is beloved by consumers the world over.”