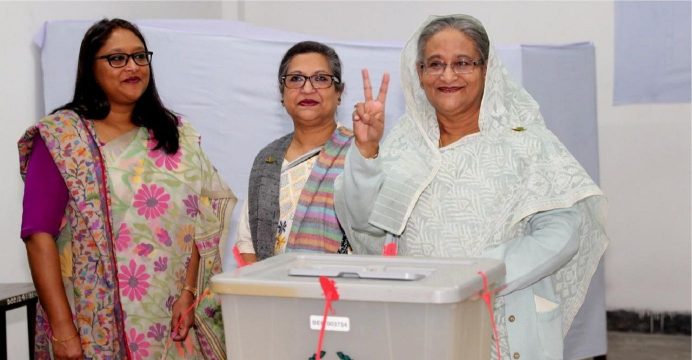 Hasina won a third straight term in Sunday’s election, with an alliance led by her Awami League winning 287 of the 298 seats for which results had been declared, the Election Commission said, reports Reuters.