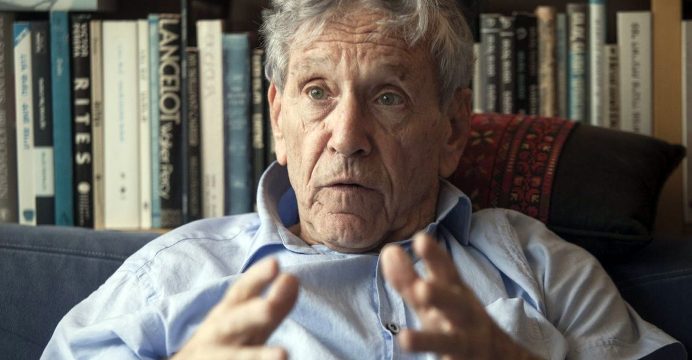 Amos Oz dies of cancer at 79

Renowned writer Amos Oz, Israel’s most-translated author a passionate peace advocate and a supporter of the two-state solution, has died in Tel Aviv. His best-selling works went far beyond his political positions.

Israeli author Amos Oz passed away on Friday at the age of 79, his daughter announced.

“To those who love him, thank you,” Fania Oz-Salzberger wrote on Twitter.

Oz was born as Amos Klausner on May 4, 1939 in Jerusalem and grew up in a district dominated by Jewish immigrants of Eastern European descent. His father’s family had fled the Russian Revolution of 1917 from Odessa to Vilnius. In 1933 they emigrated to Palestine.

Following the tragic suicide of his mother, Oz joined the kibbutz of Chulda at age 15. To the chagrin of his father, he replaced his family name with the name “Oz,” which in Hebrew means “force” or “strength.”