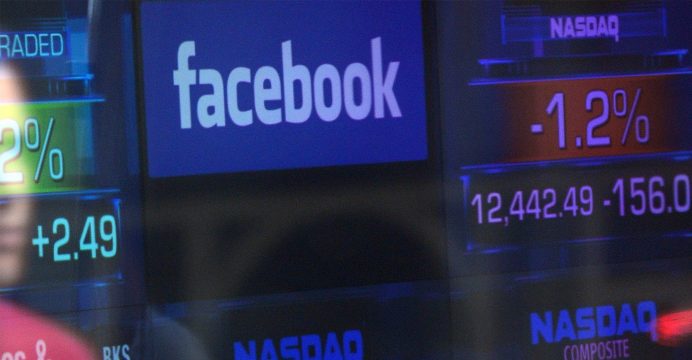 Facebook shares sank on Wednesday as concerns about its ability to safeguard user data sparked a government lawsuit, criticism in the U.S. Congress and a New York Times report on how it had shared data with other companies.

The stock of the world’s largest social media company fell 7.25 percent, its biggest intraday drop since July, taking losses for the year to about 24 percent.

Washington, D.C., Attorney General Karl Racine said the U.S. capital city was suing Facebook, accusing it of misleading users because it had known about the incident for two years before disclosing it.

Facebook said in a statement, “We’re reviewing the complaint and look forward to continuing our discussions with attorneys general in D.C. and elsewhere.”

The New York Times reported new details on Tuesday about the user data that remained available to such partners years after they had shut down features that required them. Facebook acknowledged the lapse in a blog post but said it had not found evidence of wrongdoing by those partners.

In response, both Democrat and Republican lawmakers criticized the company and queried whether Chief Executive Officer Mark Zuckerberg had lied to Congress in hearings earlier this year.

The stock slide was the worst since the owner of Facebook, WhatsApp and Instagram warned in July that profit margins would erode in coming years because of consumer and government pressure to better guard data and suppress objectionable content.

The court could award unspecified damages and impose a civil penalty of up to $5,000 per violation of the district’s consumer protection law, or potentially close to $1.7 billion, if penalized for each consumer affected. The lawsuit alleges the quiz software had data on 340,000 D.C. residents, though just 852 users had directly engaged with it.