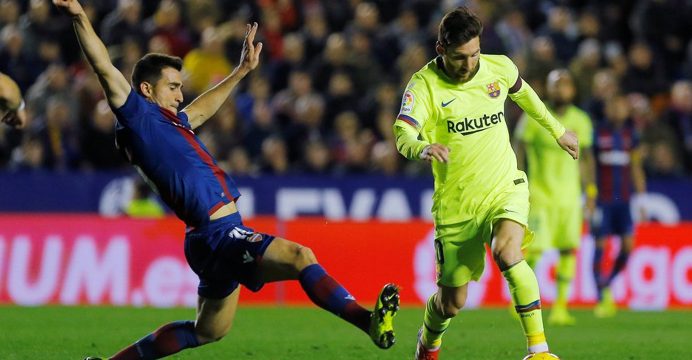 Lionel Messi continued his sublime form by netting his 31st La Liga hat-trick as Barcelona thrashed Levante 5-0 on Sunday to regain their three-point lead at the top of the table.

The 31-year-old Argentinian arrived in Valencia having scored two free- kicks in last weekend’s derby thumping of Espanyol. He took his goals tally for the season to 20 after a virtuoso display, while also teeing up Luis Suarez’s 35th-minute opener and Gerard Pique’s late fifth.

Barca were under pressure after Atletico Madrid and second-placed Sevilla had both moved level on points with the Catalan giants.

But after resting his key stars for their final Champions League group-
stage match against Tottenham in midweek, coach Ernesto Valverde saw his refreshed side cruise to a third straight league win without conceding a goal.

“At the beginning it was difficult, they squeezed us and had a chance that
hit the woodwork,” said Valverde. 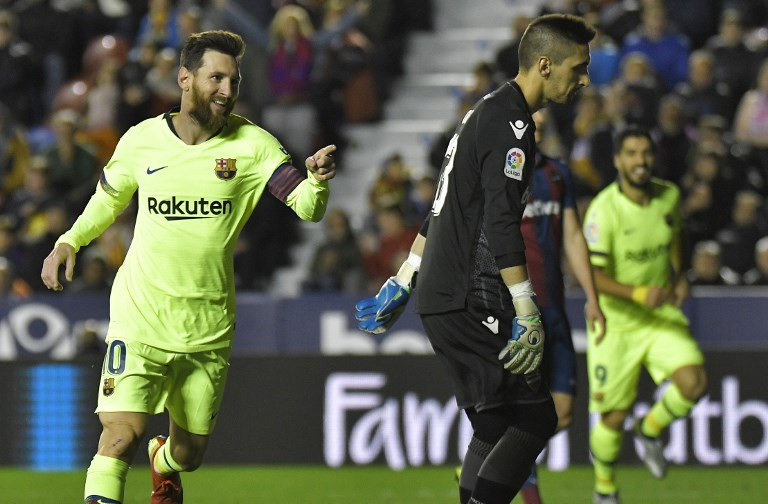 Levante started the game brightly and visiting goalkeeper Marc-Andre ter
Stegen was forced into an early save by Ghanaian Emmanuel Boateng. But Barca did not take long to start moving through the gears, with Messi curling wide from long range before testing Oier Olazabal in the Levante goal with a free-kick.

Just seconds after Boateng hammered a left-footed strike against the
crossbar, the reigning Spanish champions broke the deadlock as Messi jinked through a mesmerised home defence and picked out Suarez who volleyed home.

But Levante, who had ended Barcelona’s dreams of going through last
season’s La Liga campaign unbeaten with a remarkable 5-4 victory in the
penultimate game, came close to a quick response as Jose Luis Morales fired over.

The match was all but ended as a contest when Messi bore down on goal two minutes before half-time and drilled low into the net. 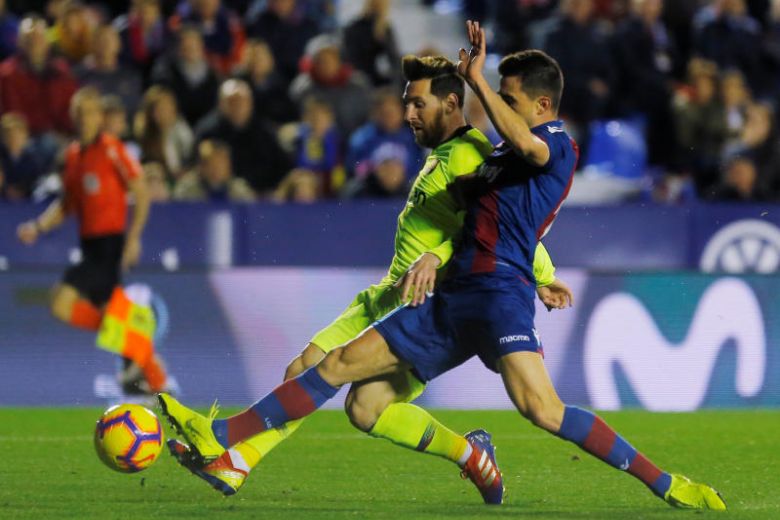 “I’m happy to have won here, because last year we came and they put five
goals past us having gone the whole season unbeaten, so we knew about the danger of Levante and it was a match we had marked out,” added Valverde.

He wasted little time after the restart to add his second in the 47th
minute, sweeping home Jordi Alba’s clever cutback, before completing his
treble with a simple tap-in from Arturo Vidal’s square pass on the hour mark.

Messi has scored five goals in two league games since finishing only fifth
in the voting for the Ballon d’Or earlier this month.

A bad evening for Levante worsened with 14 minutes to play, as left-back
Erick Cabaco was sent off for a reckless lunge on Ousmane Dembele.

Centre-back Pique added further gloss to the scoreline in the 88th minute,
rampaging forward to collect Messi’s pass, before keeping his cool and
rolling the ball home.