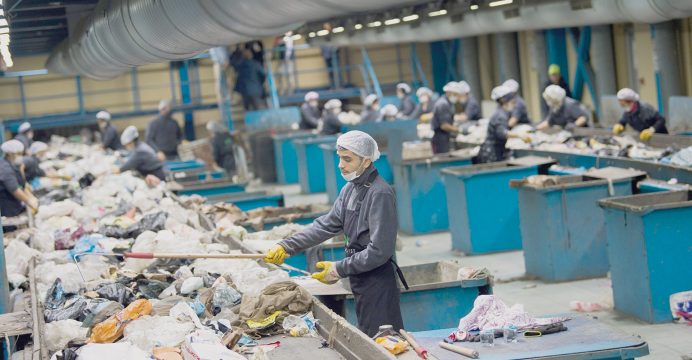 Turkish woman Tulay Gercek stands in front of a vending machine at a busy Istanbul metro station but instead of putting coins into a slot, she crams plastic bottles into a hole.

Every bottle or can Gercek places in the machine gives extra credit on her Istanbul card — the universal ticket for using public transport in the city — in a pilot project by the municipality to promote recycling.

“I’m bringing plastic bottles every day,” she said at Sishane station, where she had brought a large bag of bottles and cans.

“In the I used to throw them into the bin. This is a very good project. There should be more,” she said. “I believe it will help raise public awareness a little bit.”

The machines are in place at three metro stations in Turkey’s mega city and officials hope to expand to more in the future.

It’s so far a relatively rare step in a country of over 80 million people with a notoriously bad record on recycling and waste.

Activists say this must change fast and there are signs, albeit tentative, that the authorities are starting to understand the need to change   habits.