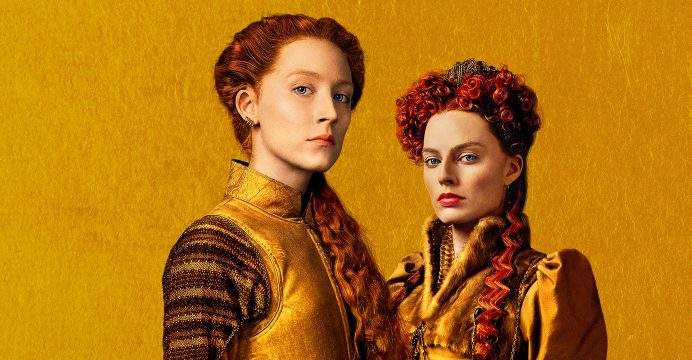 Finding sisterhood amid the corsets in ‘Mary Queen of Scots’

There’s nothing quite like a corset when it comes to channeling female frustration.

So say Saoirse Ronan and Margot Robbie, who also had horses, blustery winds, wigs and rain to deal with when filming the royal historical movie “Mary Queen of Scots,” out in U.S. movie theaters on Friday

Yet the two actresses said they welcomed the battles with the elements when making the movie about the true-life rivalry between 16th century Queen Elizabeth I of England and her distant cousin Mary Stuart.

“The costumes were incredibly made. Those corsets – you feel like you can’t breath sometimes. It’s very helpful when you are feeling frustrated with your male advisers, to feel that shortness of breath,” said Robbie, who plays Elizabeth.

“Mary Queen of Scots” has sisterhood and frustration aplenty as the two young royals wrestle with politics, plots, power, love and their scheming male advisers.

It is one of several movies winning attention as Hollywood’s awards season swings into gear that is headlined by two or more women. It is also directed by a woman – Britain’s Josie Rourke but was made before the #MeToo movement fueled demands for more female voices in Hollywood.

Ronan, playing the headstrong Mary who claimed both the Scottish and English thrones some 450 years ago, said she loved filming outdoors.

“I loved being on a horse. When you are having to deal with the elements and a corseted costume and animals, it informs the performance,” the actress said.

Despite feeling a connection because of their positions of female power, the two royals were lifelong rivals.

The film contains only one (imagined) scene when they meet, and Mary begs Elizabeth for her help and protection.

Robbie said that after the two actresses deliberately kept themselves apart during weeks of shooting, the scene was intense.