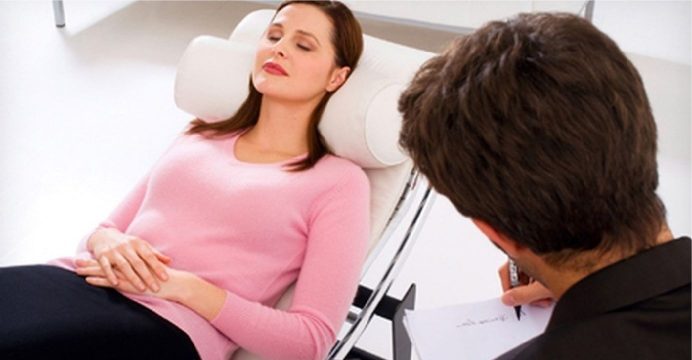 Patients with irritable bowel syndrome may find that hypnotherapy helps them cope with their symptoms, a new study shows.

“A lot of patients suffer from IBS worldwide, across age groups and cultures,” lead study author Carla Flik of the University Medical Center in Utrecht, the Netherlands told reporters.

Worldwide, the estimated prevalence of IBS is 11 percent, ranging from 14 percent to 24 percent for women and 5 percent to 19 percent for men. Some medications are helpful, but there’s no cure.

Flik and colleagues conducted a randomized controlled trial in 11 hospitals in the Netherlands. Altogether they enrolled 342 patients with IBS and randomly assigned them into three groups. For 12 weeks, 142 patients received individual hypnotherapy, 146 did group hypnotherapy and 54 got educational supportive therapy instead of hypnotherapy.

Flik based the treatment on a protocol developed at the University Hospital of South Manchester in the UK in the 1980s. It’s a “gut-directed” therapy that includes progressive relaxation, soothing imagery and a focus on easing the individual’s abdominal symptoms.

Patients in the new study reported that hypnotherapy was helpful not just immediately after the 12-week treatment period but also during the next nine months.

At the end of the follow-up period, 41 percent of patients in the individual hypnotherapy group and 50 percent who got group hypnotherapy reported adequate relief from their symptoms, compared to 23 percent in the educational group.

Olafur Palsson of the Center for Functional GI and Motility Disorders at the University of North Carolina at Chapel Hill, who wrote an editorial that was published with the study, told reporters, “This is the largest trial of hypnosis treatment for IBS and in many ways is very well done.”

“Psychological treatment has shown a high success rate in improving IBS,” he said in a phone interview. “Using the brain to help the gut is a different mechanism than using medications that treat the gut directly.”

“Fundamentally, if the usual medical approaches don’t seem to be working well and you have persistent symptoms, this could be a good option,” Palsson said.