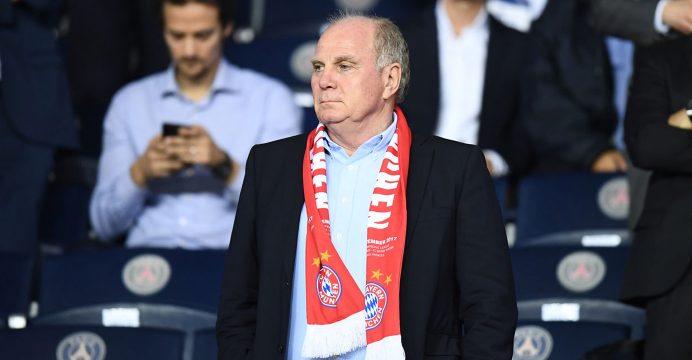 Bayern Munich president Uli Hoeness launched a scathing attack on his players on Saturday night after the German champions surrendered a two-goal lead to draw 3-3 with Bundesliga minnows Fortuna Duesseldorf.

Troubled Bayern are in fifth place, nine points behind leaders Borussia Dortmund, who won 2-1 at Mainz thanks to a late Lukasz Piszczek winner, after hat-trick hero Dodi Lukebakio scored an added time equaliser for Fortuna to rob Bayern of what had looked to be a routine win.

“What happened today is not acceptable,” said Hoeness. “I need to recover from this shock, it’s going to be a difficult evening for my wife.” 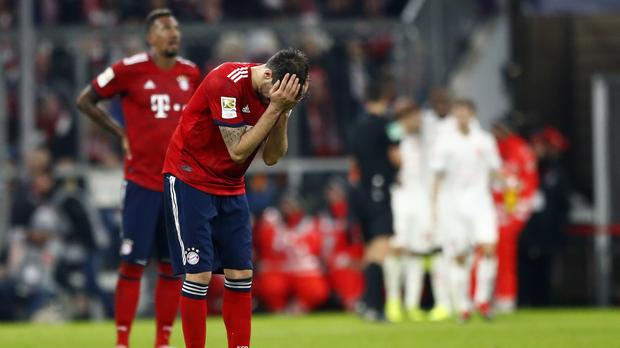 “We will use the next few days to work out why we are playing such bad football, such uninspired football with so little self-confidence,” added Hoeness, who said that some players’ mistakes were “slapstick”.

Hoeness said he had not written Bayern off in the title race, but it would be “presumptuous” to talk about winning the league after Saturday’s performance.

The 66-year-old said coach Niko Kovac was safe in his job until next Tuesday’s Champions League clash with Benfica, where Bayern can secure progress to the knockout stages with a win, but hinted that Kovac’s position was not secure.

“We are going to sleep on it. Niko Kovac will definitely be our coach against Benfica,” he said. “Then we need to do an analysis.”

Niklas Suele opened the scoring for Bayern on 17 minutes, and Thomas Mueller doubled the lead with a typical poacher’s finish a few minutes later. 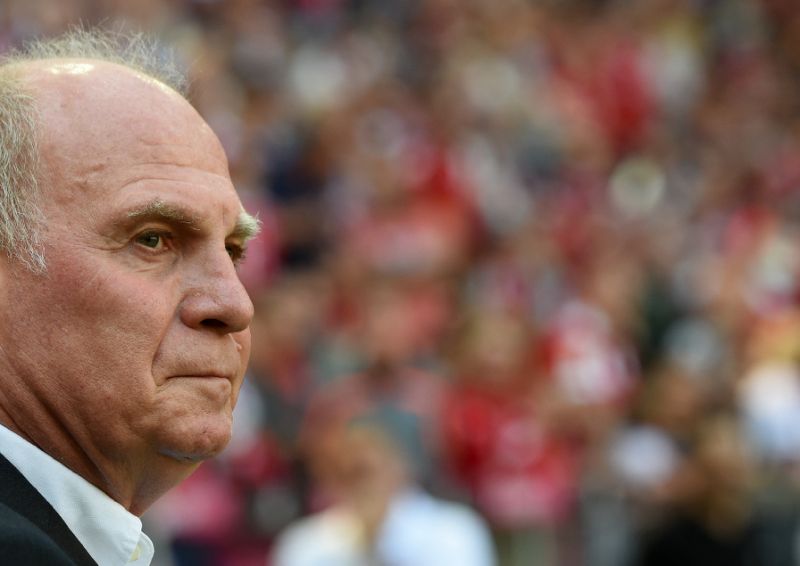 Poor defending saw Duesseldorf snatch a surprise goal just before half-time as Lukebakio popped up in the box to fire the ball in from close range.

Mueller appeared to have crushed the resistance in the second half, when he swept in Bayern’s third from the edge of the box after a clever back-heeled assist from Robert Lewandowski. Yet Lukebakio twice beat the offside trap to score two late goals and leave Bayern stunned.

They remain a point behind fourth-placed Leipzig, who lost 1-0 away to Wolfsburg, Jerome Roussillon’s second-half winner decided a hard-fought game, and ended a five-game run of clean sheets for Leipzig.