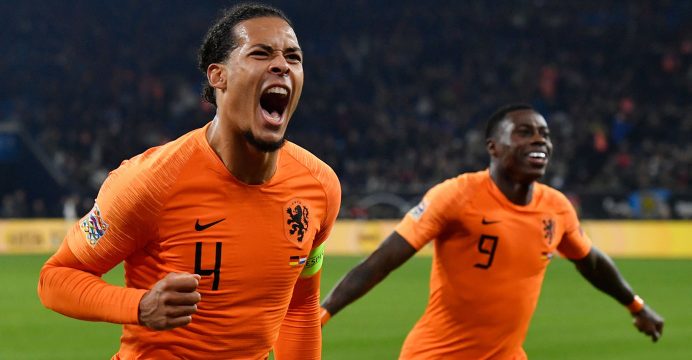 Virgil van Dijk hailed the Netherlands’ belief as his 91st-minute equaliser fired them into the semi-finals of the Nations League after their dramatic 2-2 draw with Germany.

The point in Gelsenkirchen was enough for the Dutch to advance to the last four at the expense of world champions France after scoring twice in the final six minutes in a dramatic finish.

Liverpool defender Van Dijk volleyed home a cross in added time to complete the Dutch fight back after Quincy Promes had scored their first goal on 85 minutes.

Germany, who led 2-0 after only 20 minutes through goals by Timo Werner and Leroy Sane, were punished for not being clinical enough in the second half.

Van Dijk said it was “a fantastic feeling” to finish top of Group One ahead of European powerhouses France and the Germans. 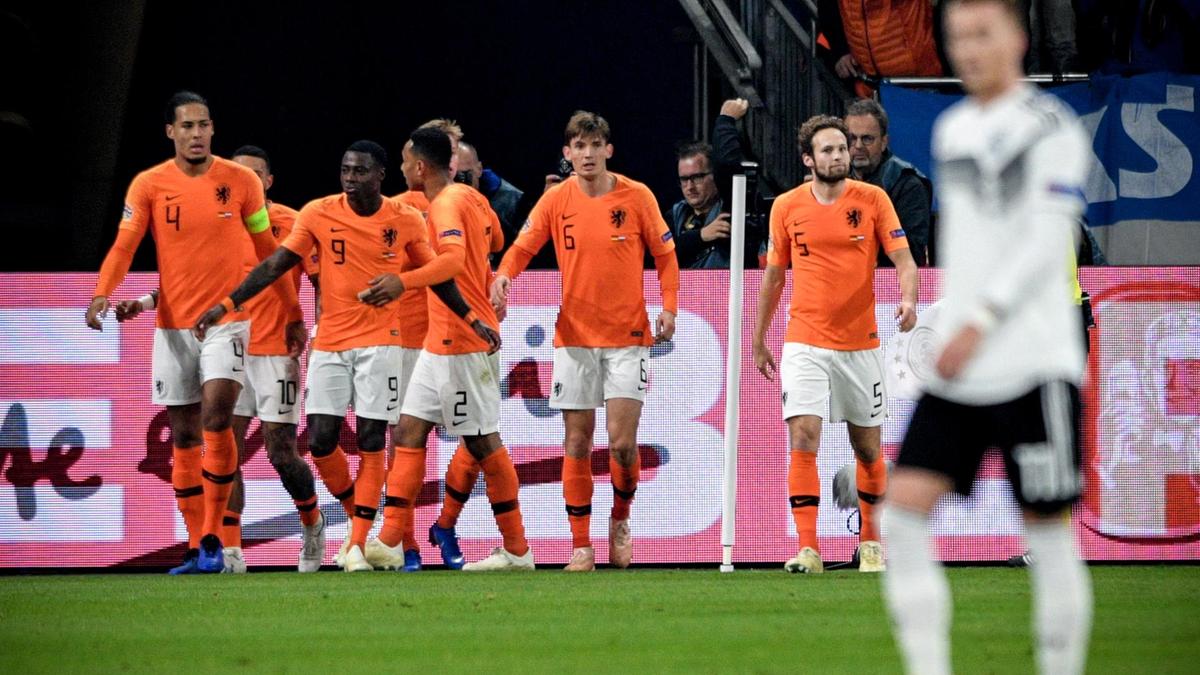 “We should all be proud of ourselves. I know I am,” he said after the Dutch join England, Switzerland and Portugal in the Nations League’s last four.

“We worked so hard every game and to get rewards for that is fantastic.”

After missing out on qualifying for the finals of both Euro 2016 and this year’s World Cup, Van Dijk said the priority is to get the Dutch to the Euro 2020 finals.

“If we can win the Nations League, fantastic, but we all want to make sure we’re at the European Championships and do very well there to make our country proud,” he added.

“It was very difficult for us, the Germans were sharper and faster in the first half,” admitted Koeman.

“We fought to come back in the second half and pressed.

“They had their chances to finish it off, but the fight and belief we showed was enough for the point.

“We didn’t play great football, it wasn’t our best performance, but it was enough.

“No one expected Holland to win the group.

“Of course, we did not want to go down to League ‘B’, but winning the group was a dr