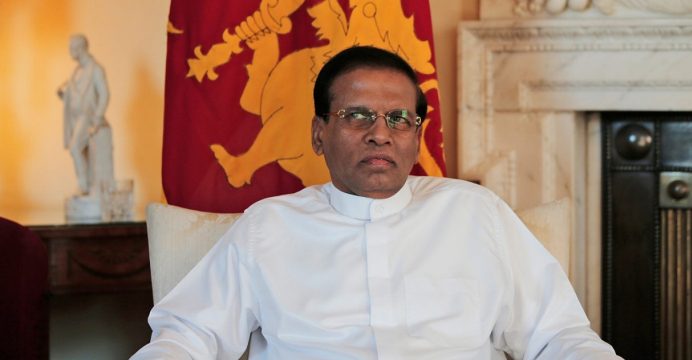 Sri Lanka’s President Maithripala Sirisena on Sunday called crucial talks with political leaders in a bid to end a power struggle with the prime minister he sacked last month.

The Indian Ocean nation has been paralysed since October 26 when Sirisena deposed Ranil Wickremesinghe as premier and replaced him with a former rival Mahinda Rajapakse.

“President Sirisena will chair a meeting of representatives of political parties in parliament today,” his office said in a statement.

“The president has called this meeting in order to end the current political unrest and conflict situation and to allow the normal functioning of the parliament.” 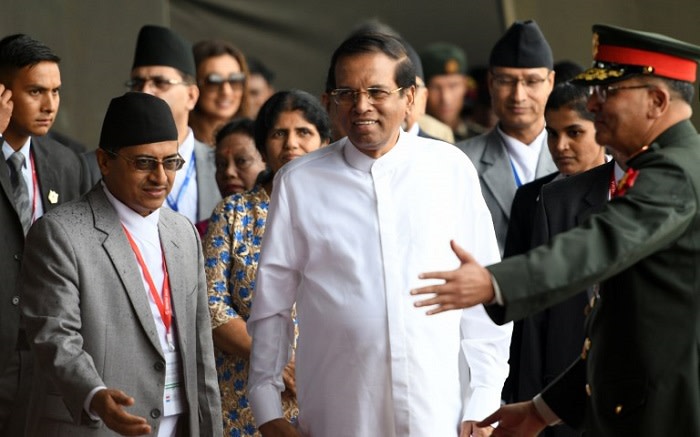 Brawling erupted in parliament with Rajapakse loyalists smashing furniture, throwing chilli powder and projectiles at rivals in a bid to disrupt a no-confidence motion against the disputed prime minister.

After the second vote against Rajapakse on Friday, Wickremesinghe demanded that his government be restored, but there has been no response from Sirisena yet.

Wickremesinghe has said Sri Lanka needs “stability” and that he was ready to work with Sirisena despite the personality clash that triggered the constitutional crisis.

After sacking Wickremesinghe on October 26, Sirisena dissolved parliament on November 9, but the Supreme Court suspended his action and restored parliament pending a full hearing into the legality of his actions.

For 19 days, Sri Lanka had two claimants to the prime minister’s post, but on Thursday parliament speaker Karu Jayasuriya held that he would recognise neither as premier. Officially, Sri Lanka no longer has a government.

Legislators say that with the administration at a stand still key sectors such as tourism are taking a serious battering.

Both sides have also warned that a prolonged power vacuum could lead to unrest.