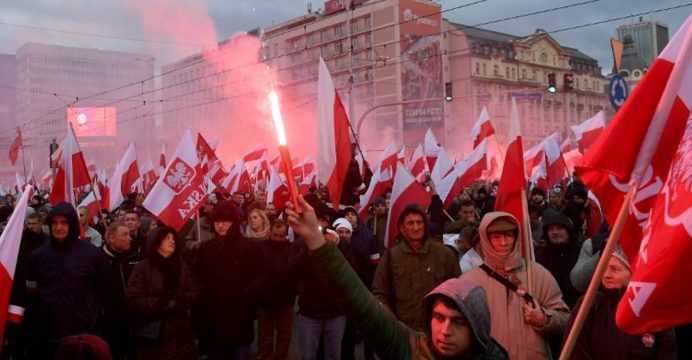 Poles mark a century of independence on Sunday in a deeply polarised country, isolated within the European Union, as a march organised by far-right groups in the capital Warsaw risks casting a shadow over celebrations.

Underscoring Poland’s growing isolation in the bloc since the rightwing Law and Justice (PiS) party took office in 2015, no senior foreign delegations are expected to visit on Sunday.

Although the centenary ceremonies coincide with ones in Paris set to draw 60 world leaders for commemorations marking the end of World War I a century ago, analysts believe this is not the primary reason behind the snubs.

“The absence of foreign delegations is the result of the PiS’s behaviour in Europe. Nobody wants to come here anymore,” Stanislaw Mocek, a Warsaw-based political analyst, told AFP. 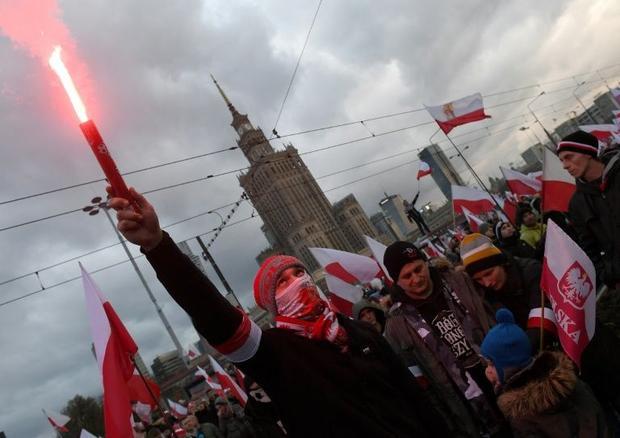 He declined an invitation to the ceremonies in France to be in Warsaw amid speculation that he may run for Poland’s presidency in 2020.

“I don’t want there to be an impression that Poland is completely alone,” said Tusk, a liberal whom powerful PiS party chief Jaroslaw Kaczynski sees as his arch-rival.

Widely regarded as Poland’s de facto powerbroker, Kaczynski has played a key role behind the scenes in shaping both domestic and foreign policy since the PiS took office.

The PiS government, meanwhile, has put Poland on a collision course with the EU by introducing a string of controversial judicial reforms that Brussels has warned pose a threat to judicial independence, the rule of law and ultimately to democracy.

Tusk on Monday also warned that PiS policies posed “the deadly serious risk” of a “Polexit”, which would see Poland crash out of the EU despite the bloc’s popularity among Poles and Kaczynski’s many assurances that his party has no such designs.