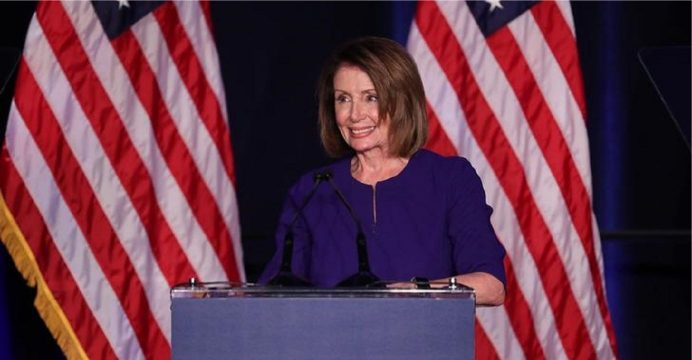 The Democrats have taken control of the US House of Representatives in the mid-term elections, dealing a blow to President Donald Trump.

A Democratic majority in the lower chamber for the first time in eight years will restrict his ability to steer his programme through Congress.

But Mr Trump’s Republicans are set to strengthen their grip on the Senate. Tuesday’s vote was seen as a referendum on a polarising president, even though he is not up for re-election till 2020. The election confirms a historical trend for the party that is not in the White House to make gains in the mid-terms, reports BBC.

House Democratic leader Nancy Pelosi – who is set to become speaker, a position she held from 2007 to 2011 – told cheering supporters in Washington: “Thanks to you, tomorrow will be a new day in America.”

President Trump focused on the Senate and praised himself by quoting a commentator.

“There’s only been 5 times in the last 105 years that an incumbent President has won seats in the Senate in the off year election. Mr. Trump has magic about him. This guy has magic coming out of his ears. He is an astonishing vote getter & campaigner. The Republicans are………

WHAT DIFFERENCE DOES THE NEW HOUSE MAJORITY MAKE?

The Democrats took control of the House, having gained more than the 23 seats they need to take over the lower chamber of Congress. Americans voted for all 435 seats in the House.

The Democrats could now launch investigations into Mr Trump’s administration and business affairs, from tax returns to potential conflicts of interest.

They could also more effectively block his legislative plans, notably his signature promise to build a wall along the border with Mexico. 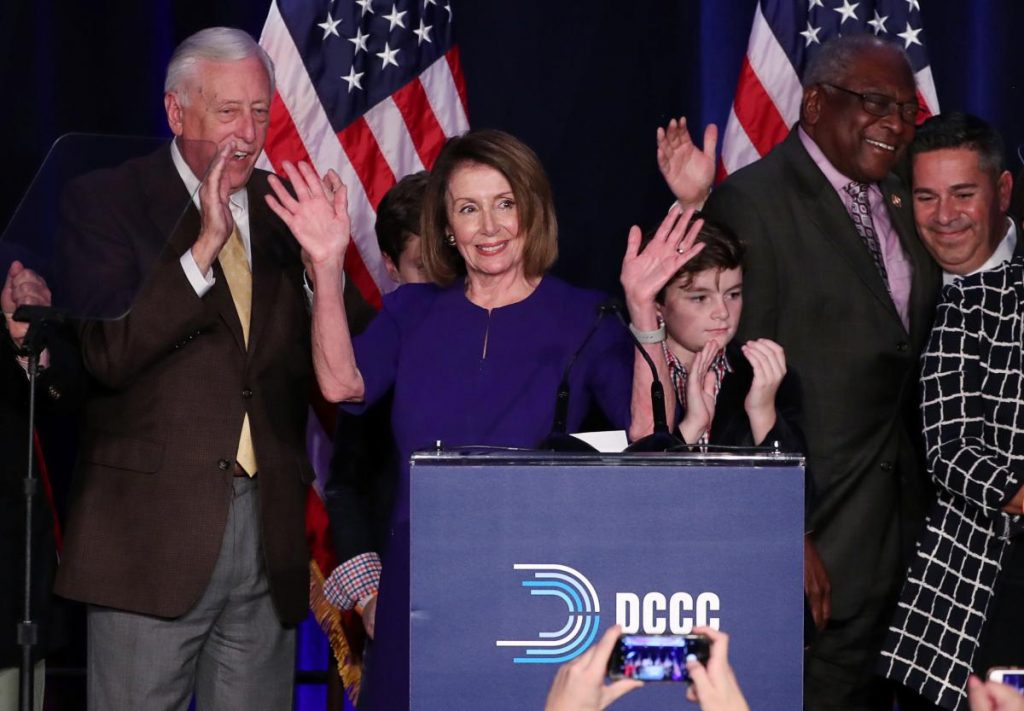 But analysts say dealing with a hostile House may suit the president, who is known both for his partisan style and ability to switch positions. They say he could either choose to accuse the Democrats of obstruction or try to reach deals to get legislation through.

Female candidates performed particularly well. Two 29-year-old Democrats, Alexandria Ocasio-Cortez and Abby Finkenauer – are due to be the youngest women ever to win House seats.

Ilhan Omar and Rashida Tlaib are the first Muslim women and Sharice Davids and Debra Haaland the first Native American women to be elected to Congress. All are Democrats.

WHAT’S HAPPENING IN THE SENATE?

Republicans are on course to increase their representation in the 100-seat Senate from 51 to 54. This ensures Mr Trump will still have a majority to confirm his executive and judicial appointments.

Democrats were always facing an uphill battle in the Senate this year because they were defending 26 races, while just nine Republican seats were up for grabs.

Key gains for the Republicans came in Indiana, Missouri, Florida and North Dakota, where they unseated Democrat incumbents. But a Republican incumbent lost to a Democrat lost in Nevada.

Governors – who head the executive branch in state governments – have been chosen in 36 out of 50 states. In Florida, a progressive Democrat conceded after an ugly battle against Trumpist conservative Ron DeSantis.

But in Georgia, Democrat Stacey Abrams – who ran to become the first black female governor in the US – refused to concede as her Republican opponent Brian Kemp took a commanding lead after a bitter campaign.

Democrat Jared Polis is projected to win in Colorado, becoming the first openly gay man to be a governor. Democrats also captured governorships in Michigan, Illinois and Kansas.