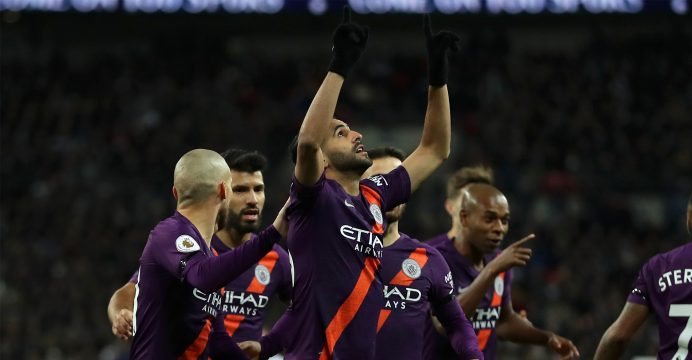 Pep Guardiola claimed Manchester City’s 1-0 win over Tottenham was extra special because of the problems posed by Wembley’s damaged pitch.

Playing on the scarred Wembley turf just 24 hours after it was torn up by an NFL fixture, City’s peerless quality and a predatory finish from Riyad Mahrez helped them win the pitch battle.

A sixth victory from their last seven league games lifted Guardiola’s unbeaten side back above Liverpool on goal difference.

And the City manager admitted he was relieved to see his players cope with the treacherous conditions.

“It was a great victory in special conditions, against one of the most physical teams in Europe,” he said.

“It was not football conditions to play. We reacted well. For our players and the players of Tottenham, hopefully they will sort the problem for the future.

“It’s a question for the Premier League and Tottenham. We were invited to come here today for the fixture hopefully they can solve that problem.” 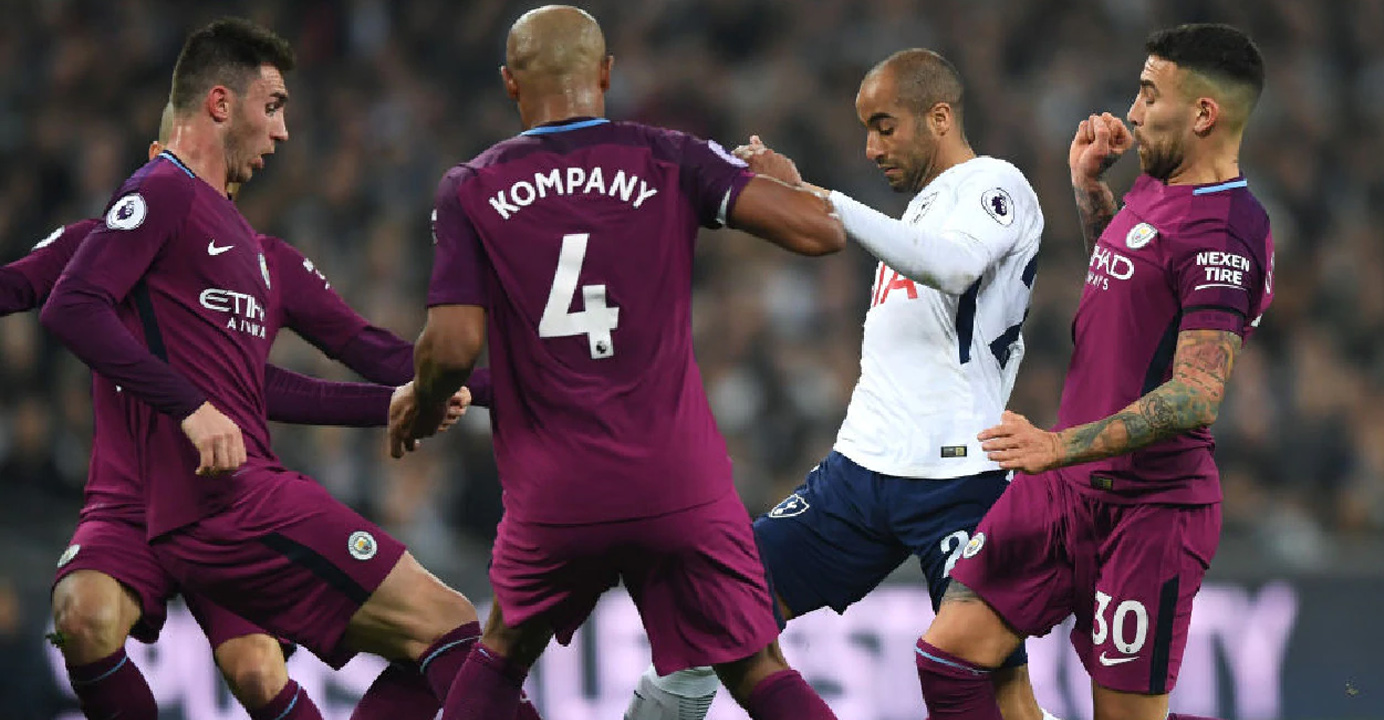 Guardiola hailed City’s Champions League win over Shakhtar Donetsk last week as the finest display of his reign in Manchester.

Guardiola was frustrated that City wasted several chances to kill off Tottenham and warned them they must improve if they want to retain the title and win the Champions League.

“We had many chances. We needed to score and we didn’t. We have a lot of things to improve,” he said.

“Of course we are very good side, I’m not saying the opposite, but if you are going to play in the later stages of big competitions we need things we don’t have at the moment. 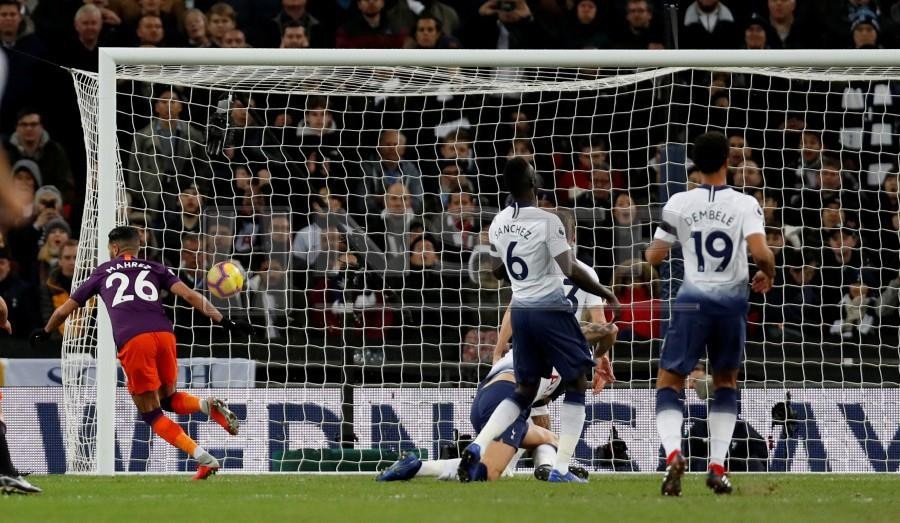 “We will talk and work and hopefully we can improve.”

It was a dispiriting evening for fifth placed Tottenham, who now trail City by five points after their first league defeat in five games.

Tottenham defender Toby Alderweireld blamed the pitch, saying: “I have to be honest, the pitch wasn’t good.

“Both teams like to play out from the back and to play football in these circumstances, it was very difficult.”

But his manager Mauricio Pochettino was more frustrated by the woeful defending that led to City’s goal.

“The circumstances of the pitch were the same for both sides. It was the kind of cheap goal you cannot concede in this type of game. Football will punish you,” Pochettino said.

“I’m proud of the effort, we created a lot of chances. Last season it was difficult to compete against Manchester City, but today the level was closer.”