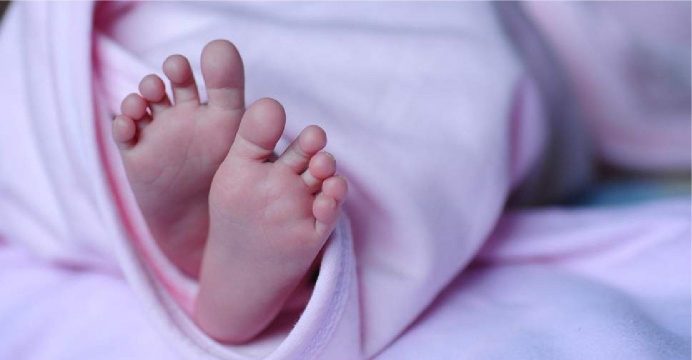 Rates of premature mortality two times higher in the most deprived areas of England, compared to the most affluent

Rates of premature mortality are two times higher in the most deprived areas of England (Blackpool), compared to the most affluent (Wokingham), according to a new comprehensive analysis of health at a local, national and regional level across the UK.

In addition, the study reveals the huge burden of disability linked to long-term conditions such as low back and neck pain, anxiety and depression, highlighting the need for health services to adapt to managing these conditions.

While overall rates of premature death have improved since 1990, half of all premature deaths in 2016 were linked to risk factors including tobacco use, unhealthy diet, alcohol and drug use, obesity and high blood pressure, pointing to the urgent need for policies and programmes targeting prevention, especially in areas outside the control of the health service.

The study, from the Global Burden of Disease initiative, provides data on premature mortality, disability and risk factors from 1990 to 2016 for 150 Upper-Tier Local Authority (UTLAs) in England, as well as Scotland, Northern Ireland and Wales, with the aim of informing resource allocation and priorities at a local, regional and national level.

In England, Wales and Northern Ireland (but not Scotland), the years lived with disability exceeded the years of life lost. Low back and neck pain, skin and subcutaneous diseases, migraine, depressive disorders, sense organ disorders and anxiety disorders were the leading causes of disability.

“Our findings show a significant shift from mortality to morbidity, yet our health services are still designed to deal with the big killers. Today, conditions such as back and neck pain and anxiety and depression are huge causes of disability in the UK.”

Rates of premature mortality from all causes were more than two times higher in the most deprived UTLAs in England (Blackpool), compared to the most affluent (Wokingham, Surrey, Windsor and Maidenhead, and West Berkshire). Rates of premature mortality were consistently higher for the 15 most deprived areas of England, compared to the 15 least deprived, and the association with deprivation was particularly strong for lung cancer, and chronic obstructive pulmonary disease.

In England, some UTLAs performed better than expected for their level of deprivation. For instance, Birmingham and some London boroughs (eg. Tower Hamlets and Hackney) performed better than UTLAs with similar levels of deprivation in Liverpool and Manchester, strengthening the need for specific action to respond to the distinct problems that might exist in northern cities.

The authors also suggest that the relatively better health seen in London may be because of lower levels of risk factors such as smoking and poor diet; better access to health care; higher educational performance; or the selective movement of sicker people outside London, and of healthier people to London for work.

Professor John Newton, author and director of health improvement at Public Health England, UK, said: “This comprehensive assessment of health across the country highlights the stark division between rich and poor areas, which sees poorer people dying earlier and getting sicker quicker. It also shows the improvements to health that could be achieved by addressing underlying causes, such as poverty, education and other resources needed for good health.”

“As we work to develop the NHS long-term plan, actions tackling the social and structural drivers of ill health are needed if we’re to improve the stubborn health gap between rich and poor areas of the country.”

Northern Ireland had particularly high rates of anxiety disorders, which have been attributed to the social and economic legacy of civil conflict. Premature mortality remains higher in Scotland than in England, with higher rates of cardiovascular disease, cancer and cirrhosis. The authors note that the long-standing differences between the countries of the UK are likely to be due to variations in risk factors and socioeconomic deprivation, rather than differences in health service organization and spending.

HEALTH IMPROVEMENTS HAVE SLOWED SINCE 2010

“The worsening trend in mortality for some cancers is a concern, especially given evidence that survival from some common cancers in the UK is worse than in other European countries,” explains Professor Steel.

More affluent UTLAs saw the greatest improvements in mortality before 2000, but this changed after 2010 when the national slow-down in mortality improvements was more substantial in affluent areas than in more deprived UTLAs. However, the reasons for this are unclear and more research is needed into the links between deprivation and mortality since 2010.

THE NEED FOR ACTION OUTSIDE THE HEALTH SERVICE

In all four countries, over half of premature deaths are linked to behavioral risk factors including tobacco use, unhealthy diet, obesity, alcohol and drug use, low physical activity, and environmental factors, such as air pollution.

“In many cases, the causes of ill health and the behaviors that cause it lie outside the control of health services. Our results argue for policies and programmes that deter the food industry from a business model based on cheap calories, that promote and sustain healthy built and natural environments, that help people stop smoking, and that encourage a healthy drinking culture. The same level of attention that has previously been given to the prevention of cardiovascular disease and cancer now needs to be directed at other major causes of mortality such as liver disease and dementia, and associated risk factors including unhealthy diets, alcohol, air pollution and drug misuse,” says Professor Steel.

The ten leading risk factors ranked similar across the four countries of the UK, with higher rates of tobacco use in Scotland, and of alcohol and drug use in Scotland and Northern Ireland.

“All countries in the UK could further reduce the burden of disease through effective prevention. Good progress has been made on reducing the prevalence of smoking to historic lows, but there is scope to do much more in almost all areas of prevention. Health services need to realize that prevention is a core activity, not an optional extra to be undertaken if resources allow,” he says.

Since 2010, the annual rate of reduction of premature deaths linked to most major risk factors has slowed – apart from alcohol which has remained roughly unchanged since 2000. The continued dominance of cardiovascular disease as the leading cause of mortality argues for renewed efforts to deliver systematic programmes to reduce risk factors such as high body mass index, high fasting glucose, high blood pressure and high cholesterol (all ranked in the top 10 risk factors in the UK).

Dr Christopher Murray, Institute for Health Metrics and Evaluation at the University of Washington, USA, says: “The estimation of disease burden at the very local UTLA level in England is unprecedented in the twenty-plus-year history of the Global Burden of Disease Study. These local findings demonstrate to other countries the value of empowering policymakers to make more effective health decisions that address specific needs of very specific communities.”

Writing in a linked Comment, Ellen Nolte, London School of Hygiene & Tropical Medicine, UK, highlights previous research (Rutter et al.) showing that a series of single, unlinked, interventions that require the individual to act (for example, making healthy choices on the basis of traffic light labeling of food or taking up exercise on prescription) are unlikely to have an effect on complex problems such as obesity.

Instead, she says: “There is a need for a wider policy framework that is mindful of the potential tensions and unintended consequences of policies that are not consistent, recognises the influence of powerful corporate actors in undermining public health policies that seek to promote health, and creates a policy environment that provides the means for those who are asked to implement change to acquire the capacity and competence to do so.”

Finally, the authors note that improved data are needed to estimate morbidity trends across the UK. The UTLA-level data on morbidity (or disability) is subject to greater uncertainty than the mortality data.