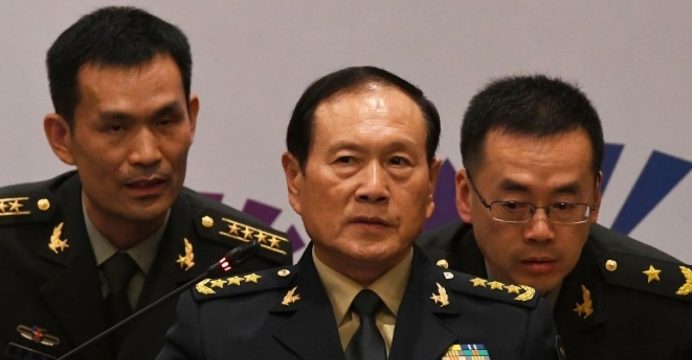 China army to do ‘whatever it takes’ to retain Taiwan

China’s defence minister warned Thursday that the military would do “whatever it takes” to stop any attempt to “split” Taiwan from the mainland, days after a pro-independence protest on the island and a US naval operation.

Beijing considers the self-ruled, democratic island to be part of its territory awaiting reunification, even though the two sides have been governed separately since the end of a civil war on the mainland in 1949.

“It is extremely dangerous to repeatedly challenge China’s limits on this issue,” Defence Minister General Wei Fenghe said at the Xiangshan Forum, a regional security dialogue hosted by Beijing.

“If anyone tries to split Taiwan from China, the Chinese army will certainly do whatever it takes, and inevitably take resolute action,” he added.

Tens of thousands of Taiwan independence campaigners took to the streets of Taipei on Saturday for a major rally that was a rebuke to Beijing and a challenge to the island’s embattled government. 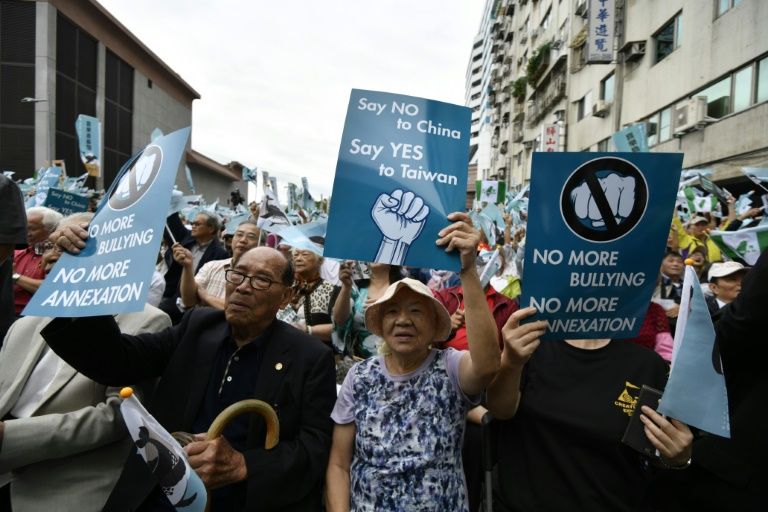 Then on Monday US warships conducted “freedom of navigation” exercises in the Taiwan Strait, a 180-kilometre (110-mile) wide stretch of water separating the Chinese mainland and Taiwan — the second such manoeuvre in three months.

The USS Curtis Wilbur and USS Antietam conducted a routine transit to demonstrate US commitment “to a free and open Indo-Pacific”, US Colonel Rob Manning said earlier this week.

Multiple Chinese warships shadowed the two vessels during the transit, following at a safe distance, US defence officials told CNN.

For its part, Beijing recently conducted a series of military manoeuvres, including a live fire exercise in the Taiwan Strait in April, declaring its willingness to confront Taiwan’s “independence forces.”

Washington remains Taipei’s most powerful unofficial ally and its main arms supplier, despite switching diplomatic recognition to Beijing in 1979.

The Trump administration has sought closer ties to the island, announcing plans last month to sell it $330 million spare parts for several aircraft including the F-16 fighter and the C-130 cargo plane.