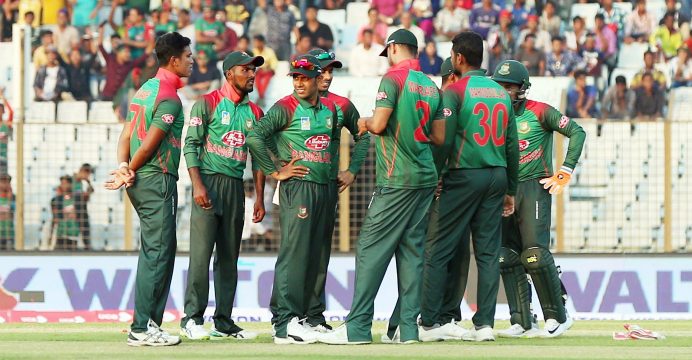 Openers shine as Tigers clinched the three-match ODI series with one match in hand beating visiting Zimbabwe by seven-wicket in the second ODI held on Wednesday at Zahur Ahmed Chowdhury Stadium.

Chasing a winning target of 247 runs set by Zimbabwe, Liton Das took on the Zimbabwe bowlers while Imrul Kayes, too, kept the score ticking at a very good rate as Bangladesh coasted comfortably making 250 for 3 with 35 balls to spare.

The two openers gave Bangladesh a solid start contributing 148-run for the opening stand. Opener Liton completed his maiden half century as he blasted 77-ball off 83 runs hitting 12 boundaries and one over boundary before fell to Sikandar Raza. 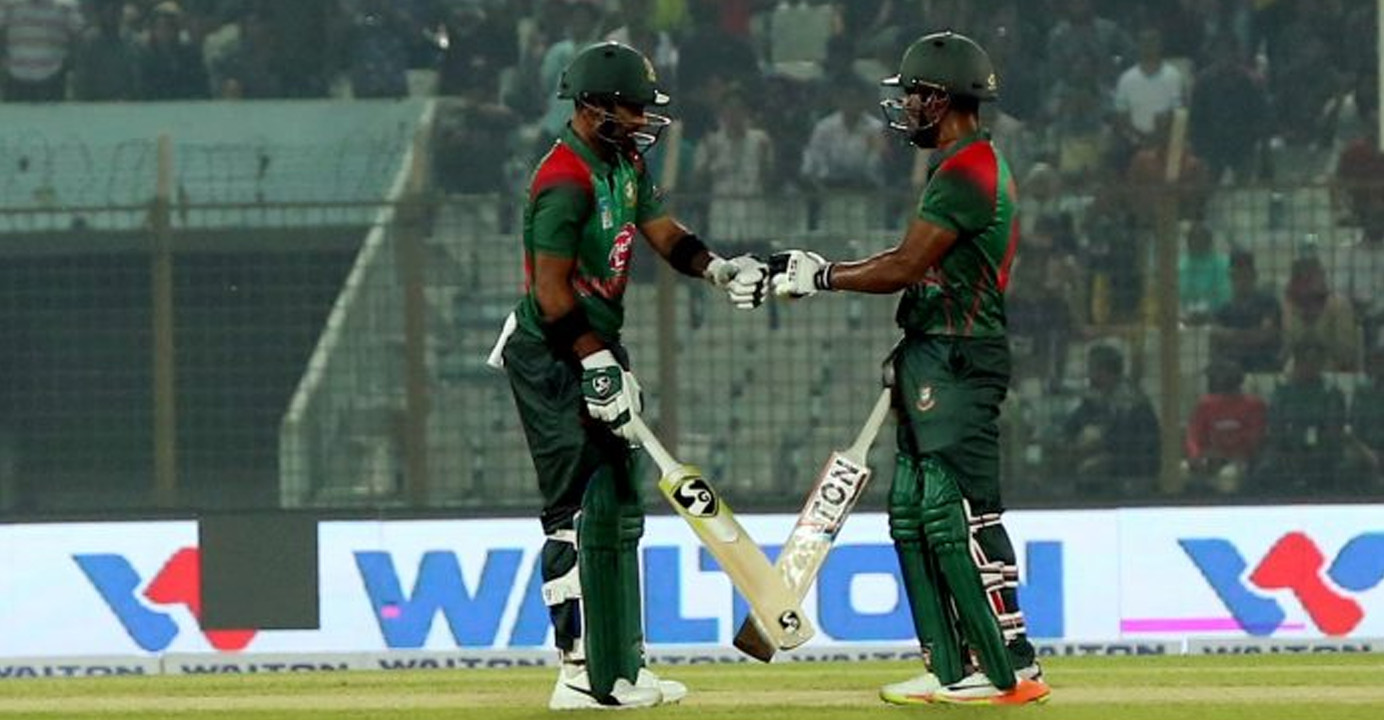 Imrul Kayes, the hero of the Bangladesh’s victory in the first match, continued his prolific form in the second match and again shared another 59-run for the second wicket stand with Mushfiqur Rahim to take Bangladesh closer to the victory.

The left handed batsman composed 90-run off 111-ball with the help of seven boundaries before he fell victim of nervous ninety off Sikandar Raza delivery.

Mushfiqur Rahim and Mohammad Mithun completed the remaining formality to remain unbeaten with 40 and 24 runs respectively. 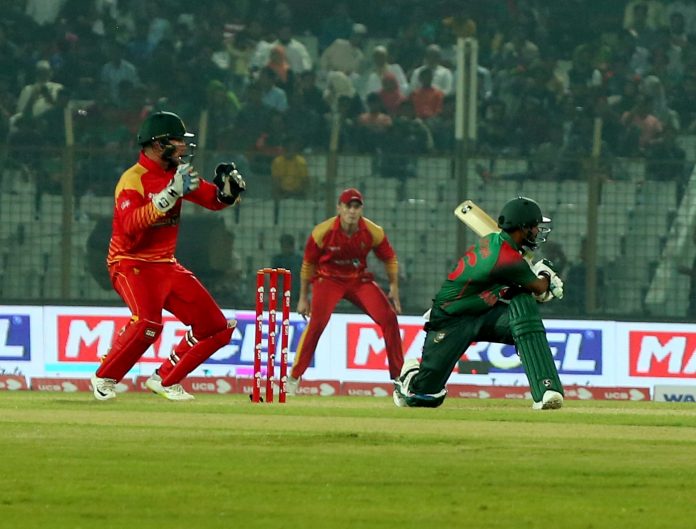 Mohammad Saifuddin was named the player of the match for his impressive bowling performance. Earlier, wicket keeper batsman Brendan Taylor’s responsible half century and Sikandar Raza’s timely knock in the middle helped Zimbabwe to post a decent total of 246 for 7 from their allotted 50 overs, after they forced to bat first by Bangladesh.

The right handed wicket keeper batsman Taylor scored 75 runs off 73 balls hitting nine boundaries and during the process he involved two important partnerships – 52 runs with Cephas Zhuwao (20) for the second wicket stand and 77 with Sean Williams (47) for the third wicket stand to take the team total to a comfortable position after Saifuddin brought early breakthrough for Bangladesh sending back to skipper Hamilton Masakadza for 14.

When the duo were snatching the momentum from Bangladesh, Mahmudullah made the breakthrough for Bangladesh again dismissing set batsman Taylor trapping him leg before wicket .

Saifuddin scalped his second wicket haul taking the wicket of Williams to bring Bangladesh again in match. Williams played a patient knock of 47 runs off 76 balls laced with two boundaries before giving a back catch to wicket keeper Mushfiqur Rahim.

Sikandar Raza, who was deprived one run short from half century, looked solid with bat as he tried to revive Zimbabwe innings again contributing 41 runs for the fifth wicket stand with Williams before he perished to Mashrafe Bin Mortaza. Sikandar hit three boundaries and two over boundaries during his 61-ball stay on the crease.

After the departure of Sikandar, the tail enders failed to accelerate the run rate and eventually the Bangladesh bowlers restricted Zimbabwe to a moderate total.

Saifuddin was the pick of Bangladesh bowler as he claimed three Zimbabwe’s wickets conceding 45 runs. The third and final match between the two sides will be on Friday (October 26) at the same venue.