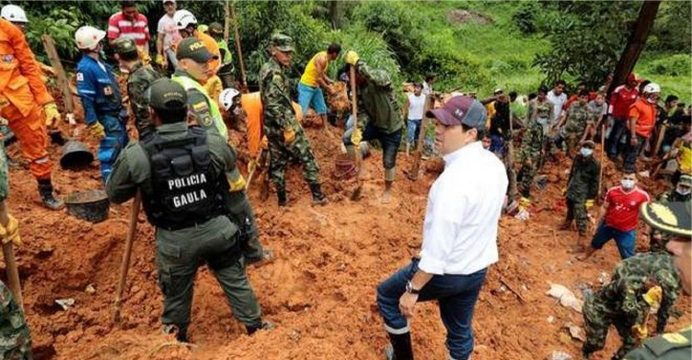 At least nine people were killed and five more missing after heavy rains triggered a mudslide in northern Colombia on Sunday, the local fire department said.

The early morning rains caused a mudslide that buried several homes in a poor neighborhood, most of them made of wood, in the port city of Barrancabermeja.

“We recovered nine bodies with no vital signs, five of them were minors and four adults,” Fire Department Chief Alexander Diaz said.

“Fortunately, three children managed to get out when the mudslide hit and are alive,” Diaz said.

“We won’t leave until we have recovered all of the bodies that were left buried,” said Diaz, adding that “more than 45 units” from different agencies, including Civil Defense, the Red Cross, Police Department and the Army, were taking part in the rescue effort.

“It is uncertain right now to say how many are trapped because they are working in the zone,” said Alvarez.

“There’s been mention of 11 people trapped by the emergency, but that figure will likely climb,” she added.