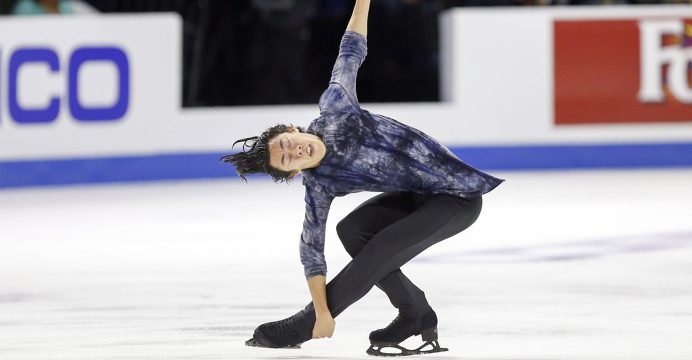 Nathan Chen’s “watered down” free skate was more than enough to give the reigning world champion an emphatic victory Saturday
at Skate America, first event of the 2018-19 Figure Skating Grand Prix.

Chen, learning to juggle training with classes in his freshman year at Yale University, went easy on the quadruple jumps at the Grand Prix event in Everett, Washington.

But the American executed the scaled back program beautifully to score 189.99 points.

“It’s a great start for me,” said Chen, who bounced back from a disappointing fifth place at the Pyeongchang Olympics last year with a blockbuster win at the World Championships in Milan — where he completed six quadruple jumps.

“I definitely had sort of lower expectations coming into this event because I’m in a totally new situation in life,” said Chen, who had three quadruple jumps in his free skate.

“I’m really happy with what I did. I definitely, as I stated before, watered down my programs a lot, but I think it was definitely appropriate.” 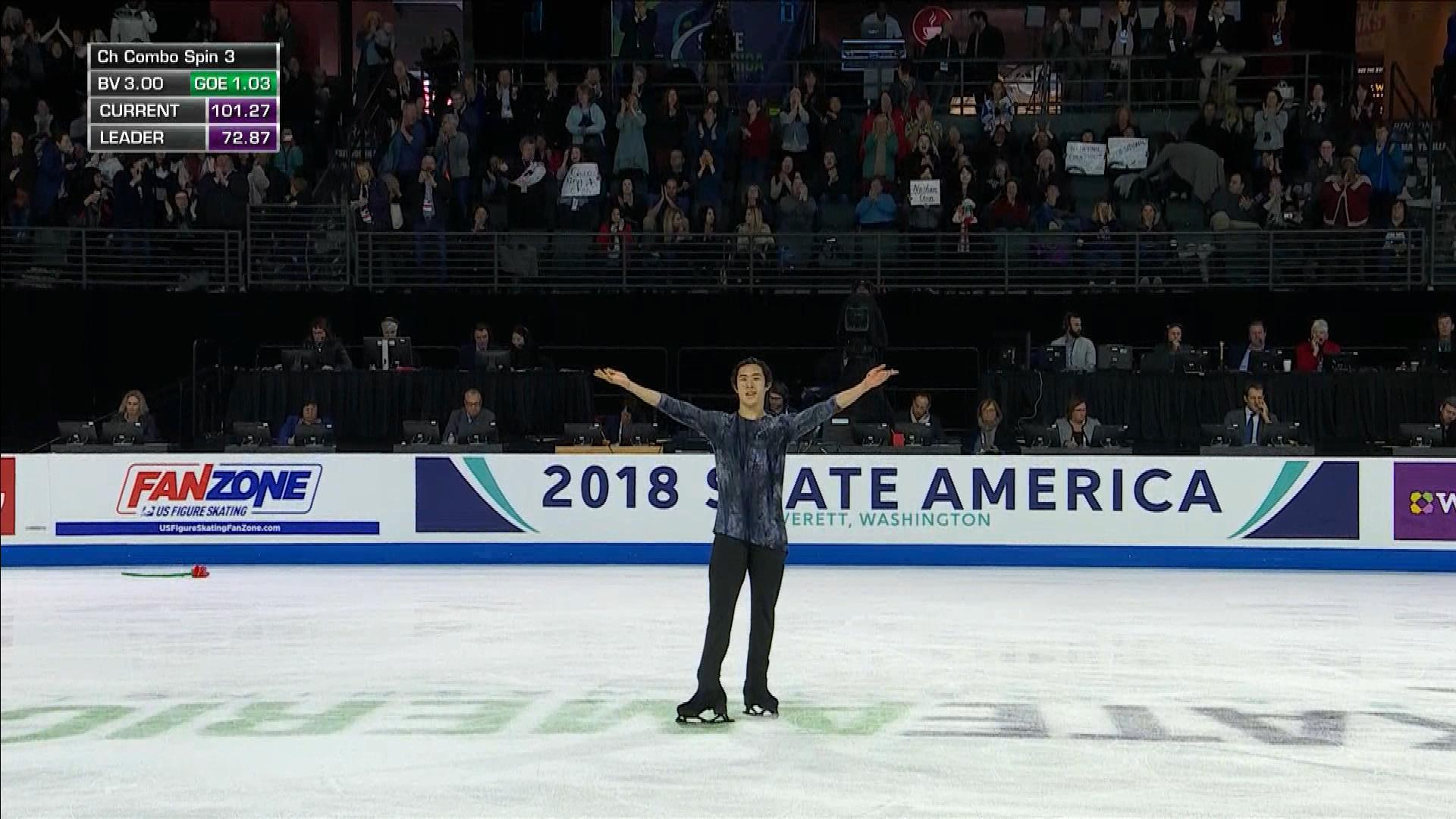 Chen will now return to Yale in New Haven, Connecticut, taking another break during the US Thanksgiving holiday week to compete at Internationaux de France.

The earliest this season that he could face his biggest rivals — Japan’s Olympic gold and silver medalists Yuzuru Hanyu and Shoma Uno — would be the Grand Prix Final in December.

Russia’s Sergei Voronov, fourth after the short program, was fourth in the free skate also but that was good enough to put him on the podium in third place on 226.44 points.

Satoko Miyahara and Japanese compatriot Kaori Sakamoto led the way in the women’s short program, Miyahara topping the standings on 73.86 points to Sakamoto’s 71.29.

Japan had three skaters in the top four, with Russian Sofia Samodurova (64.41) followed by Marin Honda.

Reigning US champion Bradie Tennell was the top American in fifth heading into Sunday’s free skate.

The pairs title went to reigning European champions Evgenia Tarasova and Vladimir Morozov of Russia, who won the free skate with 133.61 points to claim the overall title with 204.85 points.

The Russian duo also won the short program on Friday.

Tarasova and Morozov were third at the 2017 world championships and took second in this year’s worlds. They have won the past two European crowns and took this year’s Russian national title after winning the 2016-17 Grand Prix Final.