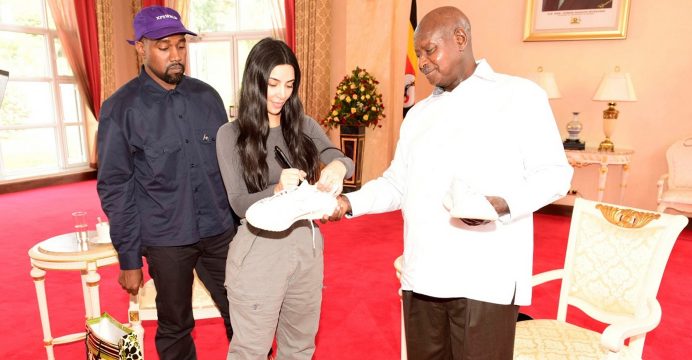 Kanye West and Kim Kardashian gave Uganda’s leader a pair of the rapper’s sneakers on Monday and he gave them both “Ugandan” names, at a meeting aimed at promoting tourism in East Africa.

Days after a rambunctious meeting with U.S. President Donald Trump at the White House, a more subdued West presented Yoweri Museveni with a pair of white sports shoes made by his own company that he and Kardashian then signed with a marker pen.

The couple arrived on Friday and are staying at a luxurious safari lodge in a national park that boasts spectacular waterfalls and wild game including buffaloes, antelopes, lions, giraffes and warthogs. 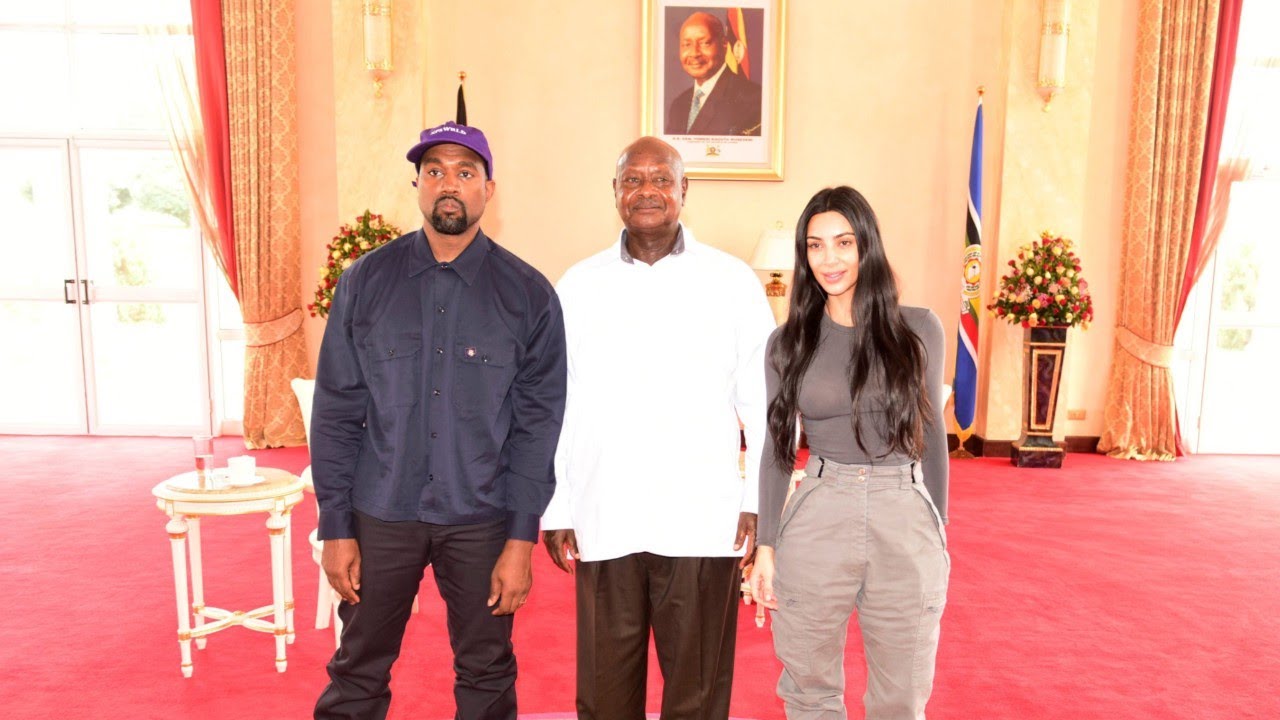 He dubbed West – who himself declared last month that he wanted to be known as just “Ye” – “Kanyesigye”, a common name among the Banyankore, the ethnic group that Museveni hails from. Kardashian was granted the name “Kemigisha”, meaning “the one with blessings from God,” Museveni’s office said in a statement.