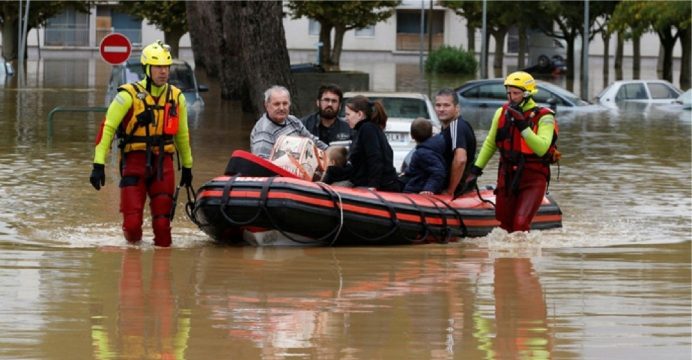 At least 13 people have been killed in southwestern France by some of the worst flash floods in a century, local authorities said on Monday.

Television pictures showed raging, muddy rivers – swollen by torrential rain – that had uprooted trees, knocked over concrete power pylons and swept away cars in the southern region of Aude, near the medieval hilltop city of Carcassonne, reports Reuters.

National emergency services spokesman Michael Bernier said 13 people had been killed and one person was still missing. Thousands were being evacuated from the area, where officials said up to seven months’ worth of rain had fallen overnight.

“The death toll risks going up,” a spokesman for the Interior Ministry told reporters. 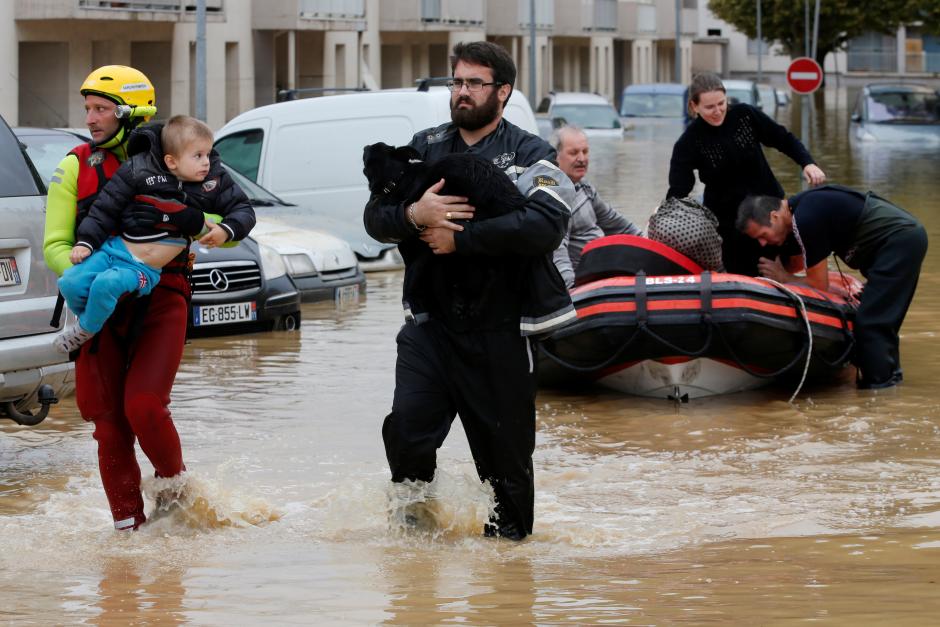 Rescue workers evacuate residents from a neighborhood after flash floods hit the southwestern Aude district of France after several months’ worth of rain fell in just a few hours overnight, in Trebes, France

Seven helicopters were scrambled to rescue people from the roofs of their homes, and rough weather was making operations difficult, the prefect of Aude, Alain Thirion, said.

“We have people stranded on rooftops. We’re going to have to use aircraft to evacuate them because we cannot reach them by boat given the force of the water. It’s too dangerous,” he said.

Prime Minister Edouard Philippe, who will be heading to the disaster zone on Monday, said 350 firemen were helping the rescue effort and up to 350 more would be drafted in.

“We’re being kept informed of the situation hour by hour,” he said.

Among the worst hit areas were the villages of Conques-sur-Orbiel and Villardonnel, where the water rose as high as the first-floor windows of some houses. The Aude region is a popular tourist destination with ancient towns and villages in its hilly peaks stretching down to the Mediterranean.

The flash floods struck without warning. At least one victim was swept away by raging waters while sleeping, Thirion said.

Water levels were expected to keep rising after more heavy rain. Schools were shut and residents told to stay at home. The Vigicrues agency, which tracks water levels in France, said the flooding was nearing a peak last seen in 1891.

Torrential rain is not uncommon in France at this time of year, but meteorologists have said exceptionally warm sea water along the Mediterranean coast may be intensifying the rains. The year so far is France’s hottest since 1900, according to the state meteorological service.