German carmaker BMW has created a vehicle battery recycling venture with Belgian materials and recycling firm Umicore and Northvolt, which is building a battery factory in Sweden.

The venture aims to design and commercialize a “closed life cycle loop” to give vehicle batteries a second life as storage products before recycling the raw materials, the companies said.

European governments want to encourage the domestic battery industry to rival Asian players such as BYD, CATL, Samsung and LG Chem, which are building a dominant position, reports Reuters.

BMW, which has supply deals with Samsung and CATL, said it could source batteries from Northvolt in future but said it was too early to sign any deal with the firm, which is building a plant that aims to produce 32 gigawatt hours (GWh) of battery capacity a year by 2023. 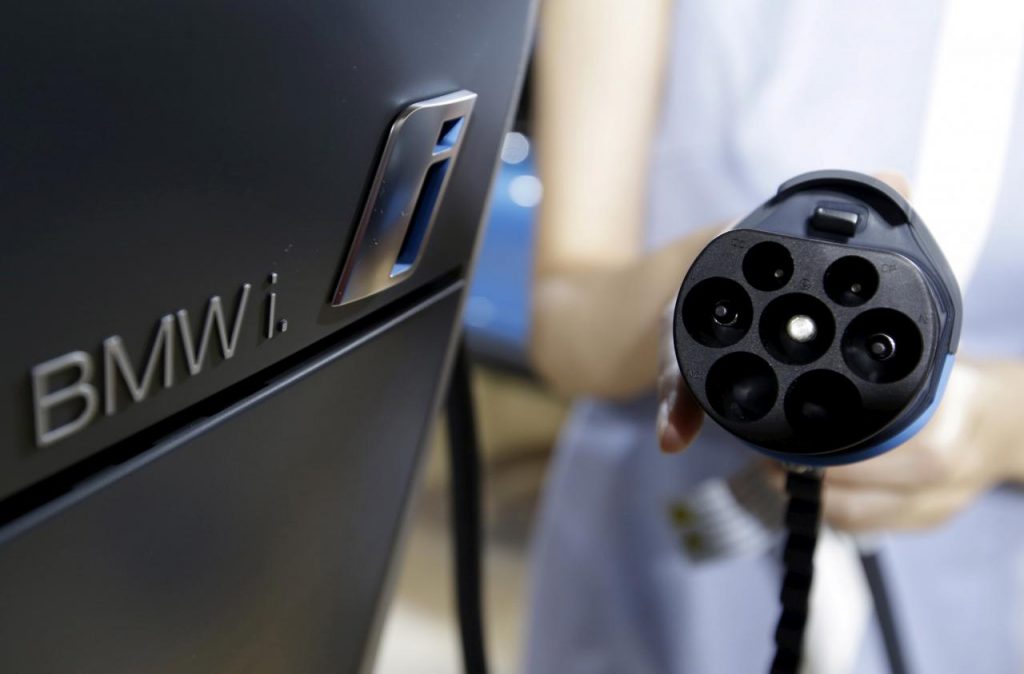 A model displays the charging plug of a BMW i3 electric car during the Auto China 2016 in Beijing, China

“We have this consortium because we see great potential and Northvolt could be another supplier of battery cells for us,” BMW spokesman Niklas Drechsler said after announcing the recycling venture.

He said Northvolt had to “build up and ramp up their battery cell production” before any supply deal could be reached.

Northvolt, which has to raise 1.2 billion to 1.5 billion euros ($1.4 billion to $1.7 billion) in debt and equity this year to build an initial 8 GWh of capacity, said it wanted to deepen its relationship with BMW.

“We obviously hope this is the first step of a long partnership,” Northvolt spokesman Jesper Wigardt said, adding that Northvolt has applied to one of its existing financiers, the European Investment Bank, for a 400 million euro loan.

In its recycling venture with Northvolt and Umicore, BMW said it had made an initial investment of an undisclosed amount and would provide its expertise in battery cell development. Umicore will be responsible for active anode and cathode materials development and recycling.