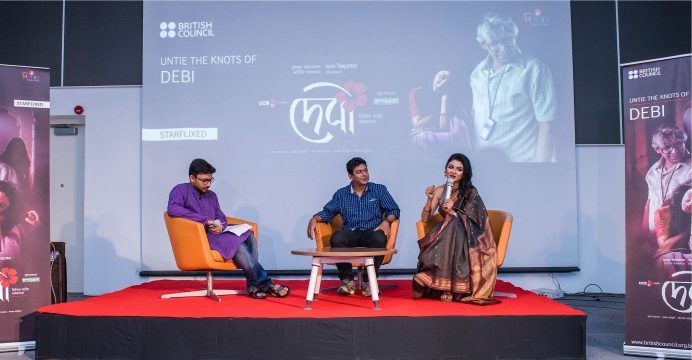 Directed by Anam Biswas, the year’s one of the most awaited films ‘Debi’ is already creating a buzz before its release. British Council Bangladesh Cultural Centre arranges a daylong program to showcase the unreleased trailer of the film followed by discussions and a fashion-inspired exhibition at its premises at Fuller Road, Dhaka on October 08, 2018. A number of film enthusiasts gathered in the program.

‘Debi’ has a star-studded casting of Jaya Ahsan, Chanchal Chowdhury, Animesh Aich, Iresh Zaker and Sabnam Faria. The casts of the movie were introduced by Barbara Wickham, Country Director, British Council followed by the screening of the unreleased trailer of Debi where the audiences enjoyed some exclusive footages of the movie.

This is the first ever celluloid depiction of the famous ‘Misir Ali’ character created by legendary novelist Humayun Ahmed. After the screening of the trailer, Jaya Ahsan, Chanchal Chowdhury and the cast members shared their experiences on working in the film. In this lively discussion, the audience got to know about how this famous story turned into a film. The crucial factors regarding adaptation from a celebrated novel and meeting the audience expectation were also been discussed. 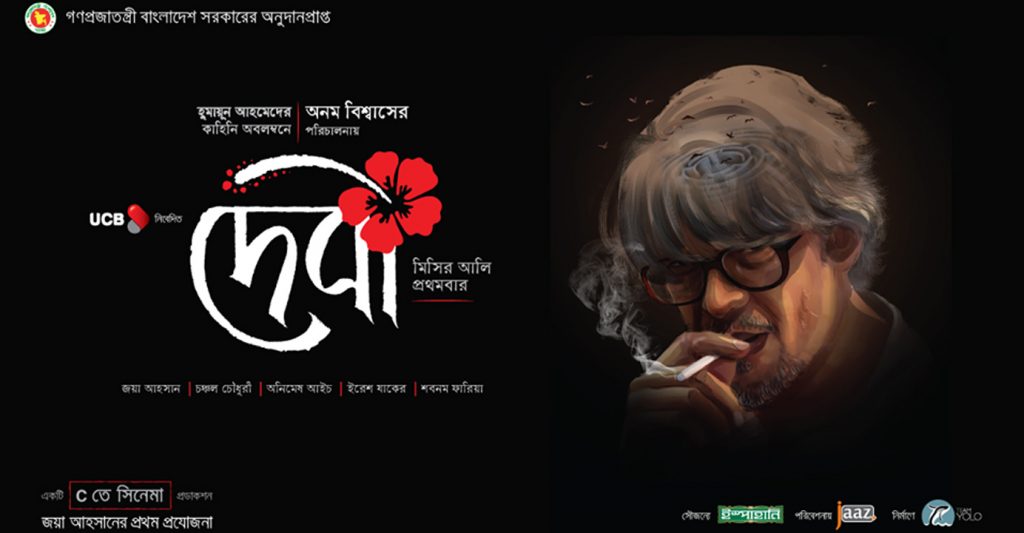 Jaya Ahsan expressed her excitement by saying, “This was a very challenging role for me as an actor. To portray this role, I had to go through a complete psychological transformation. I am waiting with great anticipation for the response from the audience.”

There was an exhibition showcasing the ‘Debi Collection’ by the renowned fashion designer Biplob Shaha’s ‘Bishwo Rong’, arranged at the Library of the British Council Bangladesh. Invited guests and customers went through the fashion collections of Biswho Rong and purchased their desired clothing. The daylong event ended after a group photo session.

British Council Bangladesh Cultural Centre stands to bridge the cultural relation in between UK and Bangladesh. It has been working to decrease the cultural barrier between the two countries by introducing new services and developing new contents and making them available for our customers. The inclusion of Digital Library is another step forward to it. The Digital Library does not only contain thousands of Audiobooks, E-Books, Newspapers and Magazines, but it’s also providing the Library members access to thousands of films, documentaries, series and theatre productions.