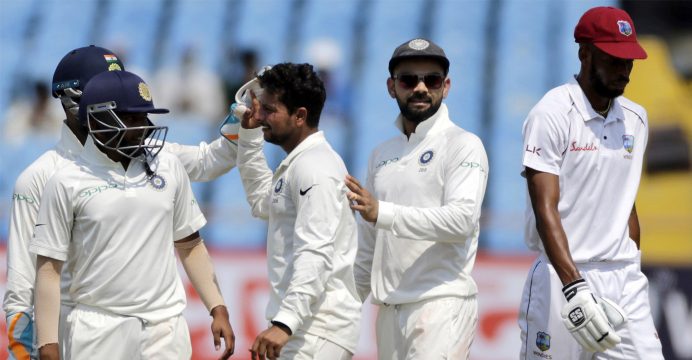 Spinner Kuldeep Yadav starred biggest-ever Test triumph for India as they thrashed the West Indies by an innings and 272 runs inside three days in the opening match on Saturday.

The tourists were dismissed for 196 early in the final session while following on, to trail the two-match series 1-0. They were bowled out for 181 in their first innings in response to India’s 649-9 declared.

Kuldeep returned figures of 5-57 with his left-arm wrist spin, his first five-for in just his fourth Test since making his debut against Australia last year.

Ravindra Jadeja, who scored his maiden international century during India’s only innings, took the final wicket of Shannon Gabriel for four as the hosts celebrated an utterly dominant win over the former cricketing powerhouse. 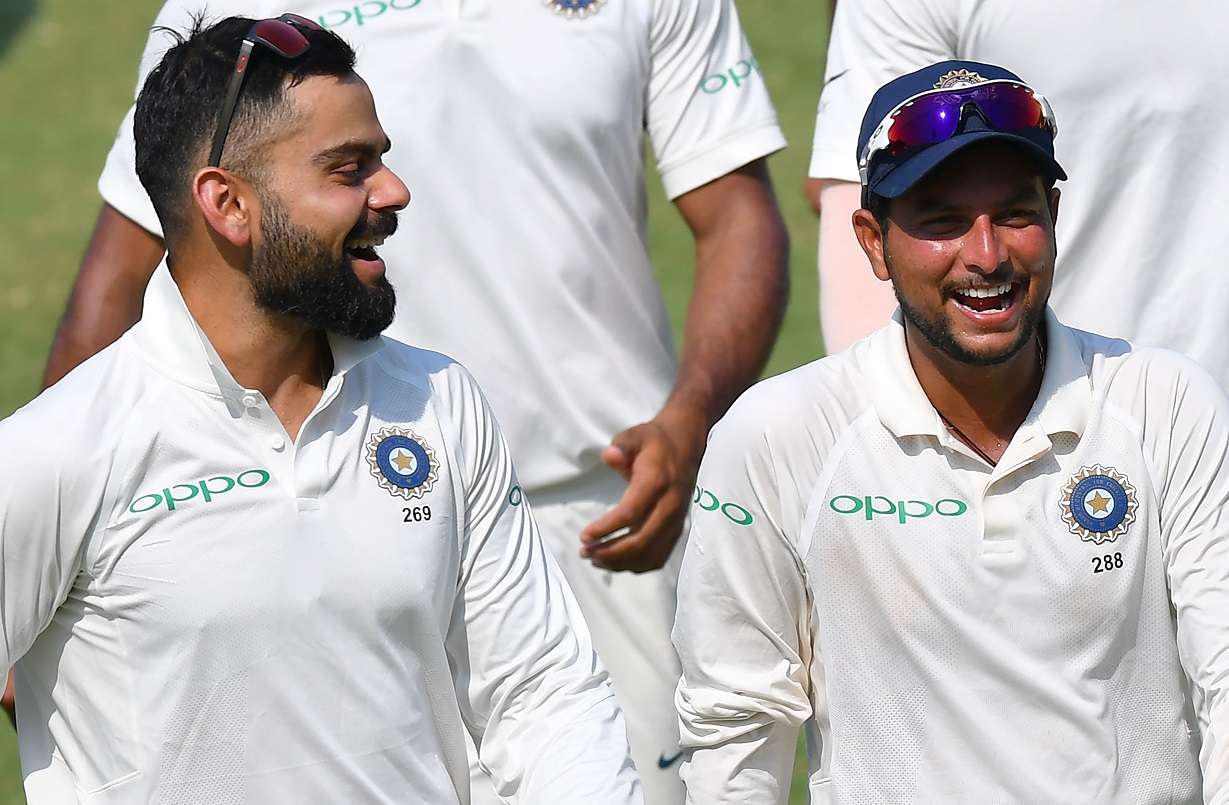 The world’s top Test side surpassed their previous biggest win against Afghanistan by an innings and 262 runs during the minnows’ debut five-day game in June. The match started with teenage opener Prithvi Shaw making 134 on day one to become the youngest Indian to score a century on debut, at 18 years of age.

Shaw, who is already being compared to Sachin Tendulkar, was adjudged the man of the match for his 154-ball stay laced with 19 fours.

Skipper Virat Kohli, who also scored a landmark century in India’s only innings, was happy with the team’s “clinical” showing and praised Shaw for his quality batting.

“Playing his first game, seeing him dominate — the guy showed he is different quality. That’s why he’s been pushed to the Test team,” Kohli said after the win.

“Jaddu (Jadeja) as well — he has got important runs for us before and we wanted him to get three figures. We believe he can turn matches for us,” said Kohli.