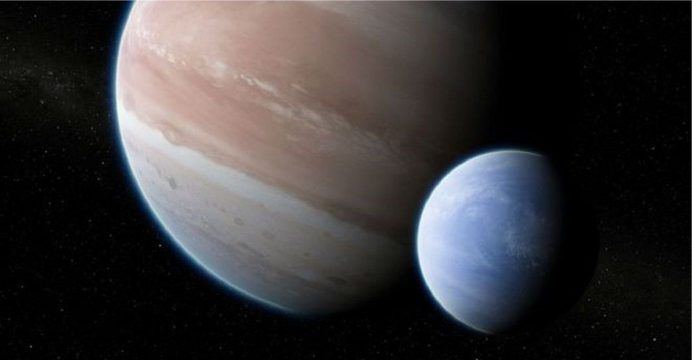 Astronomers have announced the possible discovery of the first known moon outside our Solar System. This “exomoon” is not like any in our cosmic neighborhood: it’s the size of Neptune and orbits a planet the size of Jupiter – but with 10 times the mass.

The object was spotted in data from Nasa’s Kepler spacecraft and later observed using the Hubble telescope. Astronomers David Kipping and Alex Teachey have published their results in Science Advances journal. But they say that further observations are needed to understand the distant planetary system, reports BBC.

“We’ve tried our best to rule out other possibilities such as spacecraft anomalies, other planets in the system or stellar activity, but we’re unable to find any other single hypothesis which can explain all of the data we have,” said Dr Kipping, from Columbia University in New York. 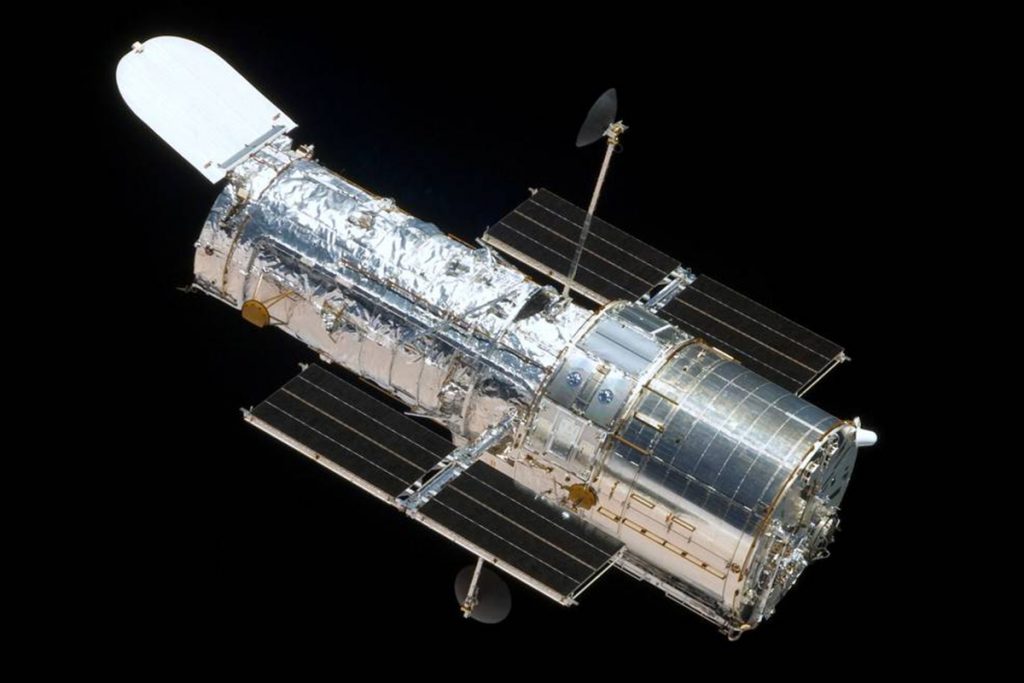 The researchers will conduct follow-up observations with Hubble in October

To date, astronomers have discovered more than 3,500 exoplanets – worlds orbiting stars other than the Sun. A hunt for exomoons – bodies that orbit these distant planets – has proceeded in parallel. But so far, these natural satellites have lingered at the limits of detection with current techniques.

The researchers monitored a planet known as Kepler 1625b as it passed in front of its parent star. This 19-hour event, known as a transit, blocked out some of the light coming from the star, which lies at a distance of 8,000 light-years from Earth.

Kipping and Teachey looked for two signals suggestive of an exomoon in the data from several transits.

The first of these signals was a dip in the parent star’s brightness as the exomoon passed in front. The second was a delay in the planet passing in front of its star.

This is exactly what the researchers saw: “The location, shape and depth of this event appear consistent with a Neptune-sized moon transiting in front of the star,” said Dr Kipping.

Both objects are gas giants and the apparent moon, known as Kepler 1625b-i, orbits some three million kilometers from the planet.

About 3.5 hours after the planet’s transit ended, the Hubble telescope recorded a second smaller dimming of the star’s brightness, which indicated a moon “trailing the planet like a dog following its owner on a leash,” according to Dr Kipping.

In addition, the transit occurred about one-and-a-quarter hours earlier than predicted.

“That’s indicative of something gravitationally tugging on the planet,” explained Dr Kipping.

The researchers also had to remove artifacts from the Hubble data and used computer models to work out how different scenarios fit with the observed data.

“The moon model emerges as the best explanation for the data, and it has the added benefit of being a single explanation for both the timing effects and the dimming of the star that we see in the data,” said Alex Teachey.

“Still we are urging caution here. The first exomoon is obviously an extraordinary claim and it requires extraordinary evidence.”

But, he added: “We are excited about this result, certainly it is a tantalizing result.”

The astronomers were allocated 40 hours of observation time on the Hubble telescope. These observations ended before a full transit of the moon could be measured.

However, the evidence provides the most compelling evidence yet for the first known planetary satellite around an exoplanet.

David Kipping has spent about a decade of his career searching for these distant and elusive planetary companions.

Several promising exomoon candidates have cropped up in the past, only to be debunked as further data became available.

Dr Kipping, along with colleagues Alex Teachey and Allan Schmitt, announced that they were studying this candidate moon in July 2017.

At the time, he told me it was “the best candidate we’ve had”.

They had already dubbed the candidate satellite a “Nept-moon”, because of its large size.

The researchers could find no predictions of a Neptune-sized moon in the literature, but Dr Kipping notes that nothing in physics prevents one.

A current theory of planetary formation suggests that objects like this are unlikely to have formed in place with their Jupiter-mass planets, but would instead be objects captured by the gravity of the planet later on in the evolution of a planetary system.