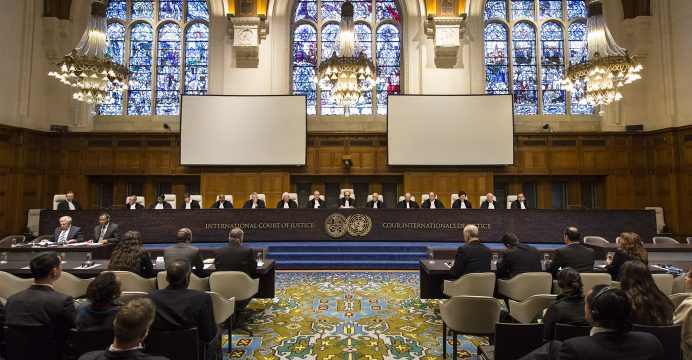 The International Court of Justice (ICJ) has ordered the US to ease sanctions it re-imposed on Iran after pulling out a nuclear deal last year.

Siding with Tehran, it said exports of “humanitarian” goods, such as food and medicines, should be allowed.

The US argued the court had no jurisdiction in the case as it concerned its national security.

The rulings of the ICJ – which is based in The Hague – are binding but the court has no power to enforce them.

It is the main judicial organ of the UN and settles legal disputes between member states. But both nations have in the past ignored the court’s rulings. 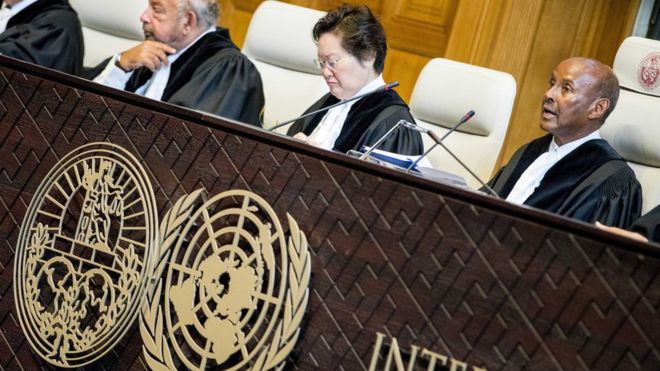 Announcing the decision on Wednesday, the court’s president, Judge Abdulqawi Yusuf, said: “The court considers that the United States must remove, by means of its choosing, any impediment (…) to the free exportation to the territory of Iran of goods required for humanitarian needs.”

The Iranian foreign ministry said the decision “vindicates the Islamic Republic of Iran and confirms the illegitimacy and oppressiveness” of US sanctions.

However, the US ambassador in the Netherlands, Pete Hoekstra, pointed out in a tweet that the “court declined… to grant the sweeping measures requested by Iran” – after dismissing the entire case as “meritless”.

Iran’s economy has slumped since US President Donald Trump ordered that sanctions be reinstated in May. Its currency, the rial, has dropped sharply.