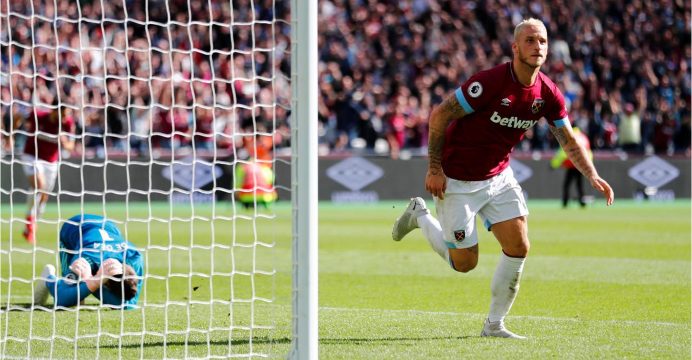 Another Manchester United defeat, this time 3-1 at lowly West Ham United, confirmed their worst top-flight start for 29 years and piled more pressure on manager Jose Mourinho who once again questioned the mentality of his players.

With Manchester City completing a routine 2-0 win over Brighton & Hove Albion to go top of the table ahead of the evening kickoff between Chelsea and Liverpool, the focus remained on United after their elimination from the League Cup by Derby County and Mourinho’s decision to strip Paul Pogba of the vice-captaincy.

The Portuguese reacted to his latest setback by lambasting his team for their “quality and mental approach” while former United legend Rio Ferdinand, who is now a respected TV pundit, openly questioned how long Mourinho will remain in charge.

“There are some big decisions to be made at United now,” Ferdinand said on BT Sport. “There will be conversations at the top level, about the future of the manager and the squad, because the basics are not being done. There has to be something said.”

If Mourinho hoped his decision to field an unfamiliar 3-5-2 formation and omit his misfiring striker Alexis Sanchez from the squad in favour of Anthony Martial would prompt a positive reaction, he was mistaken. 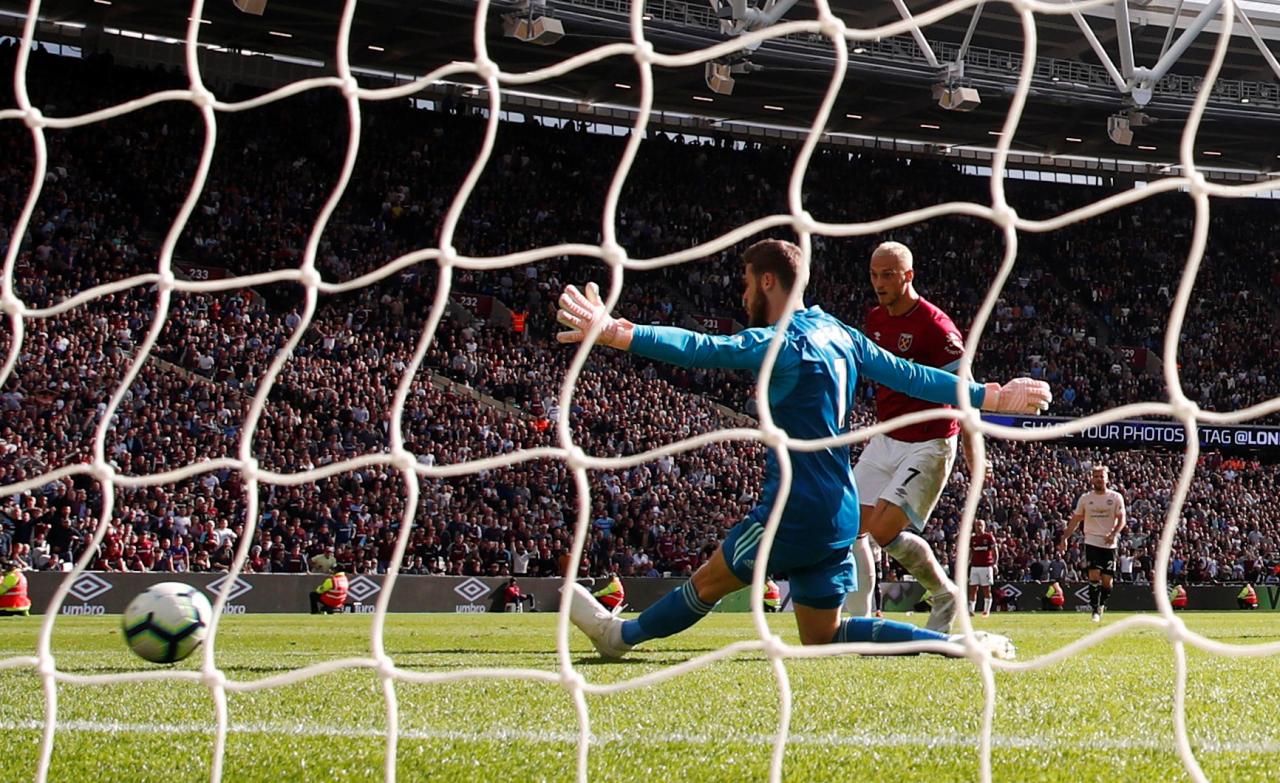 An unlucky own goal increased their lead but even a superb strike from Marcus Rashford made little difference, with Marko Arnautovic scoring the winner.

Mourinho was predictably unhappy. “One goal is offside, the second goal is own goal and the third goal is referee’s mistake but for the next game we have to have a better start,” he said, adding that Pogba, who was substituted in the second half, was “trying hard”.

The contrast with Manchester City could not be more marked, with Pep Guardiola’s high rollers brushing aside the limited challenge of Brighton with goals from Raheem Sterling and Sergio Aguero, who linked superbly with the Englishman to net his seventh goal in all competitions this season.

With seven games gone, City are already nine points better off than their neighbours. 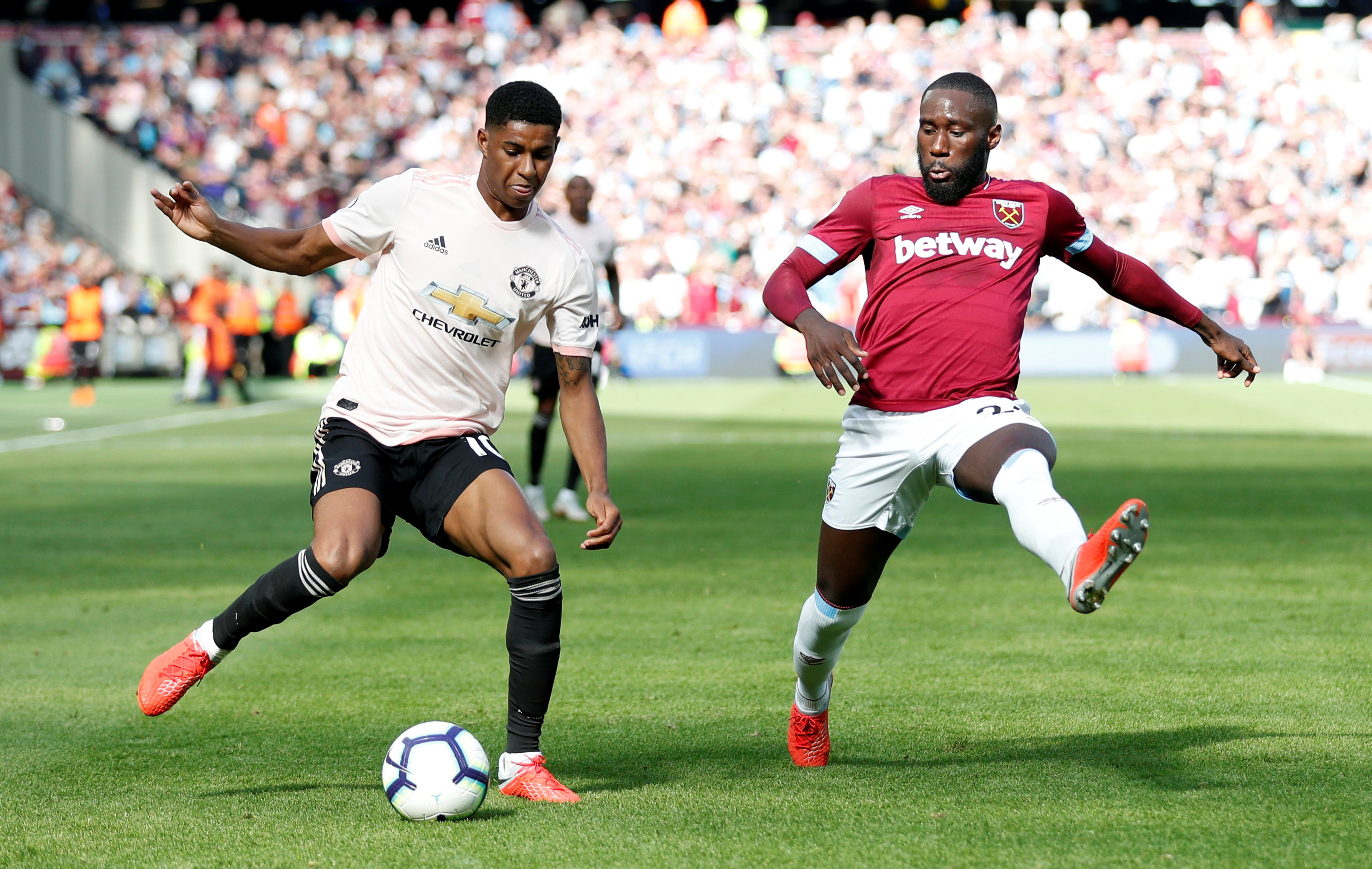 over Newcastle United, who have lost their opening four home games for the first time amid British media reports of a possible takeover fronted by Peter Kenyon, the former Manchester United and Chelsea chief executive.

Harry Kane scored twice, including a penalty, as Tottenham Hotspur inflicted further woe on bottom-placed Huddersfield Town. Arsenal also won 2-0, at home to Watford, although both goals came in the final 10 minutes as Unai Emery’s side were made to work hard for their seventh successive win in all competitions.

Wolverhampton Wanderers’ Ivan Cavaleiro scored with his first touch in the Premier League as Southampton were beaten 2-0. The Portuguese capitalised on excellent work from Adama Traore as the promoted side continue impressive start to the season.

Gylfi Sigurdsson had an eventful afternoon for Everton, atoning for his missed penalty with two goals in the 3-0 win over Fulham, who have never won at Goodison Park in the league.