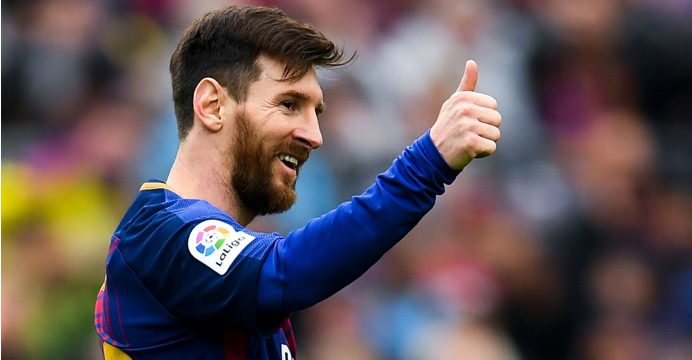 Modric was named the best player of 2018 at a glitzy ceremony on Monday night which Messi did not attend having not made the shortlist, which was completed by Real Madrid’s Cristiano Ronaldo and Liverpool’s Mohamed Salah.

Valverde, however, said Messi should have walked away with the prize and criticised the amount of individual awards creeping into the game.

“Everyone will have an opinion and I’ve got mine,” Valverde told a news conference.

“A few years ago there weren’t so many prizes, but everything has been magnified, there’s so many galas and prizes and each ceremony is something of a pat on the back for those who organise them. There’s too much noise around them.

”This is sport and more and more everyday a form of show-business, too.”

Valverde, who was speaking ahead of Wednesday’s visit to Leganes, will be without defender Clement Lenglet, who was shown a disputed red card in their last game against Girona.

It was a decision taken following a Video Assistant Referee (VAR) referral and Valverde called for more clarity with the system.

“We all want technology to help us and that football is fairer,” he said. “Especially in clear-cut situations, however right now everything and everyone is adjusting to it.

“VAR has got parts that I like more, because it allows you to take a second look at a decisive decision, and another part that isn’t so clear. What makes the red card incident more important than a foul on the edge of the box that isn’t given?

“The other day Real Sociedad scored a goal against us from a free kick in the middle of the park that was not a foul. VAR’s there for the big decisions, but incidents in other parts of the game are the same and for me there’s not a big difference between them.”