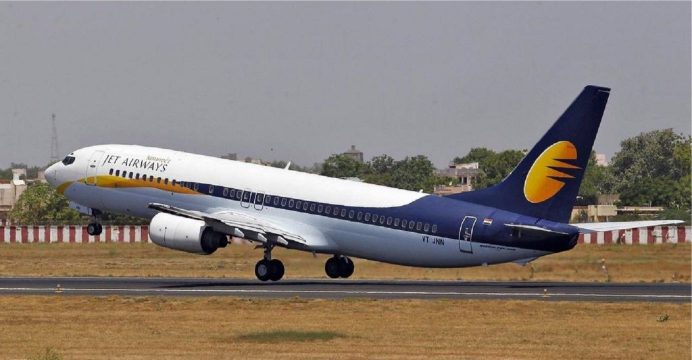 A cockpit mix-up left more than 30 passengers on an Indian plane bleeding from their ears and noses on Thursday after the crew forgot to flick a switch regulating cabin air pressure.

The Jet Airways flight to Jaipur had to turn back as the alarming symptoms became apparent, the airline said, with one traveler describing “panic” on board, reports BSS.

The plane carrying 166 passengers landed back in Mumbai and those affected were given medical attention while alternative flights were arranged, Jet Airways said.

The flight crew “has been taken off scheduled duties pending investigation ”, the company said in a statement.

People on board posted photos and videos of the calamity online, with one purported passenger, Darshak Hathi, uploading footage on Twitter showing travelers using oxygen masks.

“Panic situation due to a technical fault in @jetairways 9W 0697 going from Mumbai to Jaipur,” he tweeted.

“Flt return back to Mumbai after 45 minutes. All passengers are safe including me,” he added.

India’s Ministry of Civil Aviation said in a tweet it had sought an “immediate report” from official agencies. The incident is the latest in a string of embarrassing incidents for the airline, which like other Indian carriers has been suffering financially.

In January, two Jet Airways pilots were grounded for getting into a brawl and storming out of the cockpit briefly during a New Year’s Day flight from London to Mumbai.