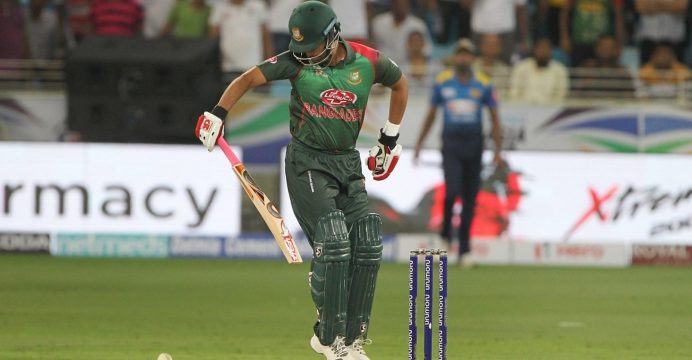 Prime Minister Sheikh Hasina today enquired about the physical condition of the injured opener of Bangladesh national cricket team Tamim Iqbal as she phoned him this noon.

The ace opener sustained a critical injury during Bangladesh’s match against Sri Lanka in the opening match of ongoing Asia Cup Cricket being held in the United Arab Emirates (UAE).

He played taking a serious risk against Sri Lanka with bandage in his hand during the bad condition of the Bangladesh team.

“You’re an asset of the country and you’re brightening the country’s image day by day …you’ll have to take care of your own health,” Khokan quoted the prime minister as saying.

Noting that there are defeats and wins in the sports, Sheikh Hasina thanked Tamim for his heroic role in the match against Sri Lanka.

The prime minister said arrangements would be made for Tamim’s treatment abroad if necessary and asked him to inform her about any matter without hesitation, the deputy press secretary said.

Tamim suffered a fractured left wrist during Saturday’s opening match against Sri Lanka, and although he heroically came out at number 11 and played a delivery one-handed to allow Bangladesh’s innings to continue.

Bangladesh inflicted a massive 137 runs defeat on Sri Lanka in their opening group B match of Asia Cup held at Dubai International Stadium in Dubai.