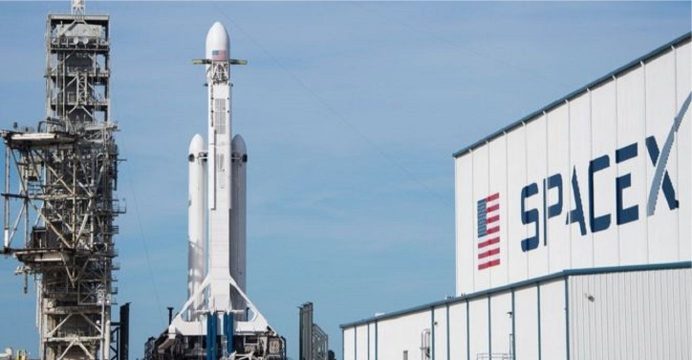 Elon Musk’s space company says it has signed up the first private passenger to fly around the moon on its huge Big Falcon Rocket (BFR).

SpaceX said the announcement for the BFR was an important step toward everyday access to space. No details about the timing, cost or the passenger’s identity have been revealed before a Monday announcement, reports BBC.

In February 2017, SpaceX said two space tourists had paid substantial deposits for a trip around the Moon this year. However, the trip is yet to take place and the identities of the tourists have not been revealed.

SpaceX has also not given an explanation for the delay. Industry observers at the time were sceptical about its timetable.

The previously announced trip was scheduled to use its Crew Dragon spacecraft and be propelled by the Falcon Heavy rocket.

The Dragon vehicles are used to transport passengers and supplies to the International Space Station, while the Falcon Heavy rocket made its first flight from the Kennedy Space Center in Florida in February.

The Falcon Heavy is currently the biggest and most powerful rocket to leave the earth’s atmosphere and has lift-off thrust equal to about 18 jumbo jets at full power.

The latest announcement comes in a turbulent year for Mr Musk. Last week, he could be seen smoking marijuana during a webcast with a US comedian.

Shares in Tesla have had a rollercoaster ride after the entrepreneur said in a tweet last month that he wanted to take the carmaker private, before abandoning the idea about a fortnight later.

The US Securities and Exchange Commission is reported to be examining Tesla but has not officially confirmed an investigation.

Tesla’s chief accounting officer resigned after just a month, blaming in part the “level of public attention placed on the company”, while its HR chief said she would not return from a leave of absence.