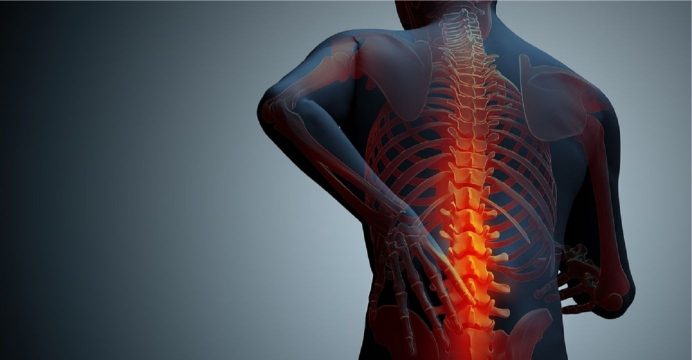 One in Ten suicide deaths in the U.S. occur in people with chronic pain

Nearly one in 10 suicide deaths in the U.S. occur in people with chronic pain, a new study indicates. The finding suggests chronic pain may be a risk factor for suicide, the study authors say.

While the study can’t prove that chronic pain contributed to people’s decisions to kill themselves, “we did see that mental health issues, such as depression and anxiety were more common among those with chronic pain,” said lead author Dr. Emiko Petrosky, a medical epidemiologist with the U.S. Centers for Disease Control and Prevention (CDC) in Atlanta.

It’s estimated that 25 million U.S. adults have some level of daily pain and 10.5 million of them have considerable pain every day, Petrosky and colleagues note in Annals of Internal Medicine, reports Reuters.

“Health care providers caring for patients with chronic pain should be aware of the risk for suicide,” Petrosky told reporters.

“Chronic pain is a huge public health problem. It’s essential that we improve chronic pain management through integrated patient-centered management that includes mental health care in addition to medications for these patients.”

Data for the study had been collected from 18 states between 2003 and 2014 by the CDC’s National Violent Death Reporting System. Out of 123,181 suicide deaths in the study, the records for 10,789, or about 9 percent, included notations by officials – such as coroners, medical examiners and law enforcement officers – that indicated evidence of chronic pain.

The proportion of suicides committed by people suffering from chronic pain increased during the study, rising from 7.4 percent in 2003 to 10.2 percent in 2014. But Petrosky’s team also underscored the fact that the percentage of people battling chronic pain also rose during the same time period.

Back pain, cancer pain, and arthritis pain accounted for a large proportion of the chronic pain conditions. More than half of the people with chronic pain who killed themselves died from firearm-related injuries, while 16.2 percent died from an opioid overdose. Still, chronic pain sufferers were three times as likely as others to have tested positive for opioids when they died.

That’s an important stat, said Dr. Paul Nestadt of the department of psychiatry and behavioral health at the Johns Hopkins School of Medicine in Baltimore. “Opioids are depressants and they increase the risk of depression,” said Nestadt, who is not affiliated with the new research. “Depression is one of the highest risk factors for completing suicide.”

The new study can’t say anything about the state of chronic pain management in this country, said Dr. Michael L. Barnett, a health policy and management researcher at the Harvard T.H. Chan School of Public Health and a primary care physician at Brigham & Women’s Hospital in Boston

But we do know “there aren’t any medications that seem to be particularly effective for chronic pain,” said Barnett, who is not affiliated with the new study.

“Both opioids and NSAIDs are pretty effective in treating acute pain, but not chronic pain. While people often want a pill that will fix things, comprehensive pain management is proven to be pretty effective.”

A problem with this kind of study is you don’t know what other risk factors people had, said Dr. Ajay D. Wasan, vice president for scientific affairs at the American Academy of Pain Medicine and a professor of anesthesia and psychiatry at the University of Pittsburgh Medical Center.

“Chronic pain is certainly an important risk factor, but we don’t know how important it is compared to other risk factors,” said Wasan, who was not affiliated with the new research.

“Also, since chronic pain is not really coded well at the time of a suicide, this is probably an underestimate of the proportion of people who had chronic pain. We do know that chronic pain can be a deadly disease.”