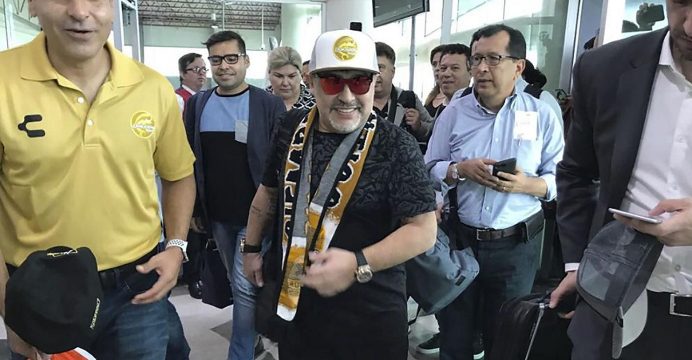 Diego Maradona arrived to a hero’s welcome in Mexico on Saturday as the new technical director of second division Dorados landed in the relative footballing outpost of Culiacan.

“Welcome Golden God! Thank you God, thank you Maradona!” read one of the placards held by fans greeting him at the Culiacan airport.

Dressed all in black but wearing a gold, white and black Dorados scarf, Maradona didn’t speak to any of the dozens of fans welcoming him.

Accompanied by club officials and his lawyer, Maradona wasted little time negotiating the sea of fans and journalists and being whisked off to meet his new players.

The 57-year-old may have been one of the greatest ever players to lace up a pair of boots, leading Argentina to World Cup success in Mexico in 1986, but his new and humble surroundings are more in keeping with an inglorious record as a coach. 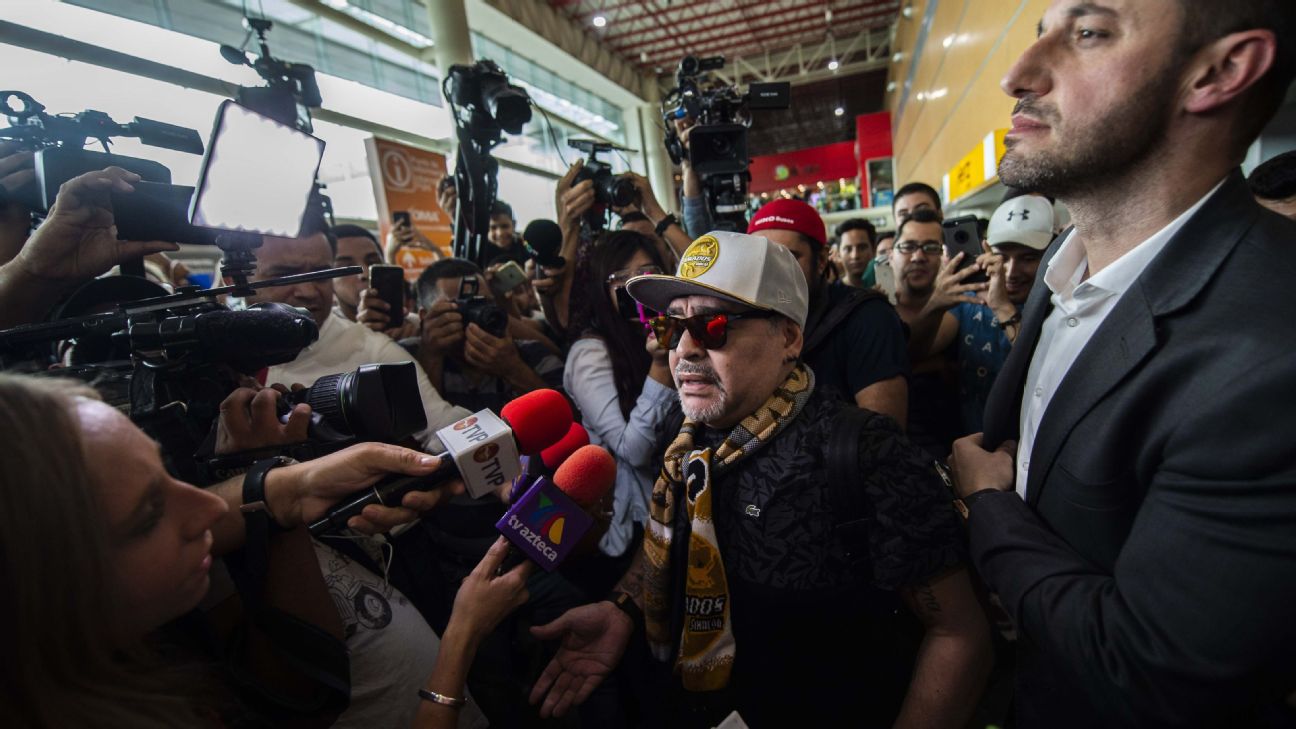 “When someone like Diego comes here it’s more due to his interest than for economic offers,” said Jose Antonio Nunez, president of a club whose owners, the Hank family, have been accused of links to Mexico’s lucrative and violent drug-trafficking industry.

“He knows what it’s like to start from the bottom, he knows the value of a lower league.”

Maradona’s first two coaching experiences at the modest Mandiyu and popular Racing Club, both in his homeland, garnered a paltry combined three wins from 23 matches, after which he resumed his playing career, albeit briefly.

Nonetheless, he was still hired to lead Argentina in 2008 and took them to the World Cup quarter-finals two years later, where they were humbled 4-0 by Germany.

Fans, whose team has yet to win a match this season, seem little concerned by Maradona’s coaching credentials: his last job was for Al Fujairah in the United Arab Emirates second division.

“His other coaching experiences weren’t good but that’s the same for other coaches when they started,” Bryan Felix, a 19-year-old who said he struggled to believe it was true when Maradona’s signing was announced, told AFP.

“More than anything, I feel a lot of hope,” added an emotional Sergio Garcia, who had waited two hours to see Maradona.