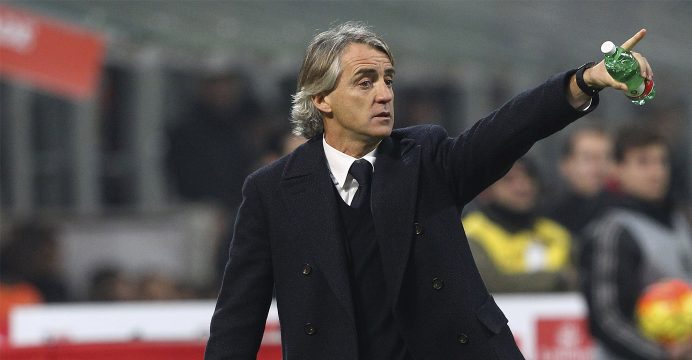 Roberto Mancini takes charge of his first competitive game as Italy coach in Friday’s Nations League opener against Poland in Bologna with the tough task of rekindling the nation’s love affair with their national side, decimated after the low of their World Cup fiasco.

The former Inter Milan and Manchester City boss was appointed in May after the four-time winners’ shock failure to qualify for the World Cup for the first time since 1958.

Mancini’s job will be to rebuild a new and vibrant side going into the European Championship in two years’ time and heading towards the 2022 World Cup in Qatar.

The Nations League — in which Italy will also be up against European champions Portugal in Group 3 — will have an impact on seeding for Euro 2020.

And the 53-year-old has insisted that a key to his strategy was to bring in new blood after the departure of several veterans, including iconic goalkeeper Gianluigi Buffon, in the wake of Italy’s World Cup play-off defeat to Sweden last November.

“We’re determined to bring Italian football back where it deserves to be. It’s our duty.”

Italy have plummeted to an all-time low of 21st in the FIFA rankings.

They were eliminated in the group stage at the 2010 and 2014 World Cups, although they fared better at the European Championship, reaching the final in 2012 and the quarter-finals in 2016.

But Mancini said he wanted to “try something different” and focus on youth, with four uncapped players including Roma’s Nicolo Zaniolo, who is 19 and has yet to start in a Serie A game.