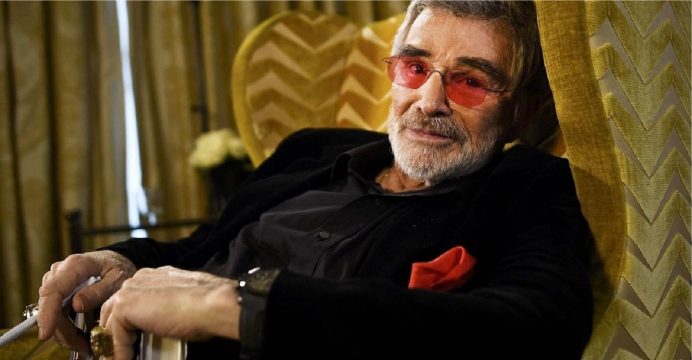 Burt Reynolds, the wisecracking 1970s movie heartthrob, and Oscar nominee has died at the age of 82. He reportedly passed away in a Florida hospital from a heart attack with his family by his side.

He shot to fame in 1972’s Deliverance, becoming a Hollywood legend with his roles in Smokey and the Bandit, The Cannonball Run and Boogie Nights.

Reynolds died at the Jupiter Medical Center in Florida.

The movie star’s niece, Nancy Lee Hess, told the BBC his death had left the family “with a broken heart”.

“My uncle was not just a movie icon, he was a generous, passionate and sensitive man who was dedicated to his family, friends, fans and acting students,” she said.

“He has had health issues, however, this was totally unexpected.”

She added: “I want to thank all of his amazing fans who have always supported and cheered him on, through all of the hills and valleys of his life and career.”

Reynolds’ breakout movie role was in 1972’s Deliverance, which told the tale of four friends attacked while on a canoeing trip in rural Georgia.

The box office hit netted three Oscar nominations and made him a Hollywood sex symbol. That same year Reynolds broke a publishing taboo by posing for a nearly nude centerfold in Cosmopolitan magazine, which he later said was a “really stupid” idea.

His career peaked in 1977 when he played trucker Bo Darville in action comedy Smokey and the Bandit. Only Star Wars grossed more at the box office that year.

Other memorable credits included his 1974 role as a jailed former NFL player leading his fellow inmates in a grudge football game against their prison guards, in The Longest Yard.

The movie was remade in 2005 with Reynolds starring as the team coach. He also appeared alongside Dolly Parton in The Best Little Whorehouse in Texas, a 1982 comedy musical.

One of his last hits, The Cannonball Run, released in 1981, starred Reynolds as an outlaw race car driver. It spawned several sequels.

But his work went into freefall in the 1980s and his finances were ruined by failed investments in restaurants and a Florida football team.

Reynolds went on to marry American actress Loni Anderson in 1988, but that also ended bitterly in 1993. They adopted their son, Quinton.

He also had an on-off relationship with co-star Sally Field, who he later said was the love of his life.

Field, now 71, said in a statement about her old flame’s death: “There are times in your life that are so indelible, they never fade away.

“They stay alive, even 40 years later. My years with Burt never leave my mind. He will be in my history and my heart, for as long as I live. Rest, Buddy.”

In 1996 Reynolds filed for bankruptcy with nearly $11m in debts. In 2014, he was forced to sell many prized memorabilia, including the Golden Globe award he won for Boogie Nights.

As a teenager, Reynolds won a football scholarship to Florida State University until a knee injury ended his sporting prospects.

His police captain father – a war hero who fought on D-Day – disapproved of his son’s acting ambitions.

Burt landed his first role in a local production of the play Outward Bound. He received the 1956 Florida State Drama Award for that performance.

“My career is not like a regular chart, mine looks like a heart attack,” he told The Associated Press in 2001.

“I’ve done over 100 films, and I’m the only actor who has been canned by all three networks. I epitomise longevity.”

“I always wanted to experience everything and go down swinging,” he wrote in his second book.

“Well, so far, so good. I know I’m old, but I feel young. And there’s one thing they can never take away: Nobody had more fun than I did.”

Up until his death, he had been set to appear in a Quentin Tarantino movie about Charles Manson – Once Upon A Time in Hollywood.

In the film, due to be released in 2019, he was to portray George Spahn – the California rancher who allowed the cult leader to live on his property.

There has been an outpouring of tributes to Reynolds from the world of showbiz.

Burt Reynolds was one of my heroes. He was a trailblazer. He showed the way to transition from being an athlete to being the highest paid actor, and he always inspired me. He also had a great sense of humor – check out his Tonight Show clips. My thoughts are with his family.