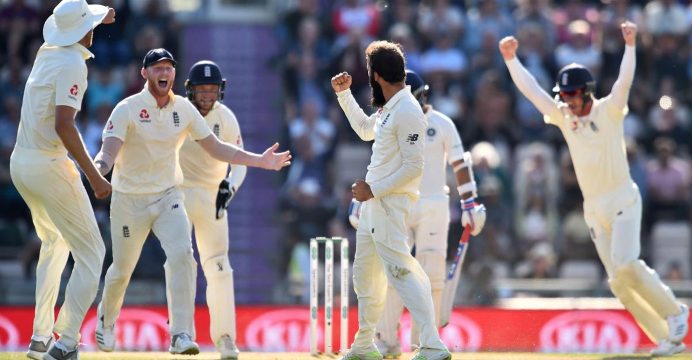 Moeen Ali bowled England to a series-clinching 60-run win in the fourth Test against India at Southampton on Sunday.

Victory, achieved with more than a day to spare, left England an unassailable 3-1 up in the five-match series against India, the world’s number one ranked Test side, ahead of Friday’s finale at The Oval.

India, set 245 to win, were dismissed for 184 with recalled off-spinner Ali taking four for 71 in 26 overs on a wearing pitch, including the key wicket of star batsman Virat Kohli (58).

That gave Ali a match return of nine for 134 following his first-innings five for 63. 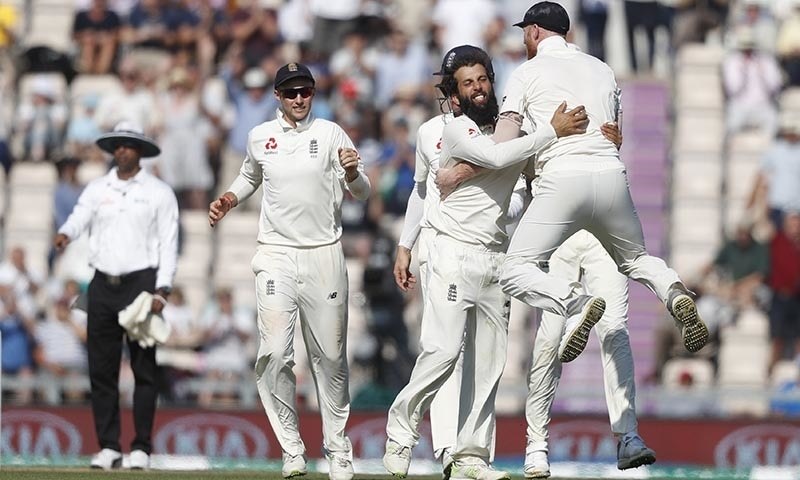 It was another star turn at Hampshire’s headquarters from Ali, who took six for 67 when England beat India by 266 runs in the corresponding Test at Southampton four years ago.

While India captain Kohli and his deputy Ajinkya Rahane (51) were sharing a century stand for the fourth wicket, the tourists had hope of chasing down their stiff target.

But after Ali dismissed both senior batsmen either side of tea, India lost four wickets for 13 runs before Sam Curran, capping another fine all-round display, ended the match by having Ravichandran Ashwin lbw for 25.

After they were dismissed for 271 in their second innings, England made early inroads into India’s top order.

KL Rahul was bowled for a duck by a Stuart Broad delivery that kept cruelly low.

James Anderson, surprisingly, wicketless in an India first innings of 273 that featured Cheteshwar Pujara’s excellent 132 not out, then struck twice.

He had Pujara lbw for just five on Sunday and his next over saw Shikhar Dhawan (17) well caught in the gully by Ben Stokes.

That double strike left paceman Anderson on 559 Test wickets and just four behind retired Australia great Glenn McGrath’s mark of 563, the most taken in Tests by any fast bowler.