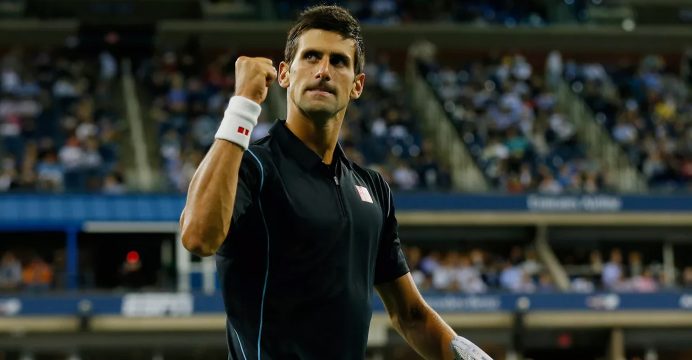 Djokovic punches ticket to US Open third round

Wimbledon champion Novak Djokovic turned back the challenge of American Tennys Sandgren to reach the third round of the US Open on Thursday.

Djokovic saved both break points against him in the first set, and didn’t face a break point in the second.

In the third however, Djokovic was suddenly struggling. More of the entertaining rallies went Sandgren’s way as he broke Djokovic for a 3-2 lead.

Djokovic promptly broke back, and had a match point against the American’s serve in the 10th game.

But he couldn’t convert and it was Sandgren who seized control in the tiebreaker — speeding to a 3-0 lead and claiming the set on his second opportunity.

Djokovic regrouped to take a 2-1 lead with a quick break of serve in the fourth set. He broke again for a 5-2 lead and clinched the win on his second match point when he patted a volley just out of Sandgren’s reach.