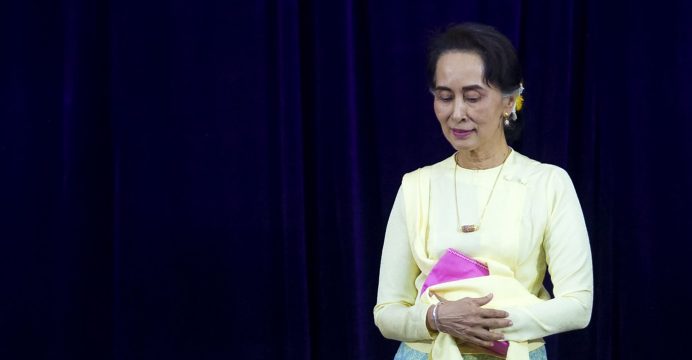 A military crackdown in response to attacks by Rohingya militants drove
around 700,000 of the Muslim minority from Rakhine state into Bangladesh, where they have given accounts of widespread rape, murder and arson targeting their villages.

Suu Kyi, once lionised as a defender of human rights, has been pilloried outside her country for failing to speak up for the Rohingya or condemn the actions of Myanmar’s army. 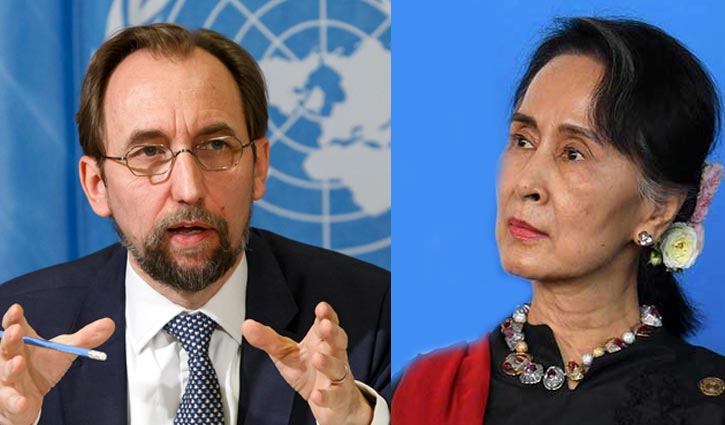 Instead, as streams of desperate Rohingya fled, Suu Kyi suggested an “iceberg of misinformation” had obscured the real picture of what had taken place inside Rakhine and backed the army campaign as a justified response to “terrorist” acts.

“She (Suu Kyi) was in a position to do something,” UN rights chief Zeid Ra’ad Al Hussein said in the interview with the British broadcaster.

“There was no need for her to be the spokesperson of the Burmese military. She didn’t have to say this was an iceberg of misinformation. These were fabrications,” he said.

His stinging comments intensify days of damning criticism of Myanmar and its civilian and military leaders from the United Nations.

A UN report on Monday said Myanmar’s army chief Min Aung Hlaing should be prosecuted for “genocide” of the Muslim minority. 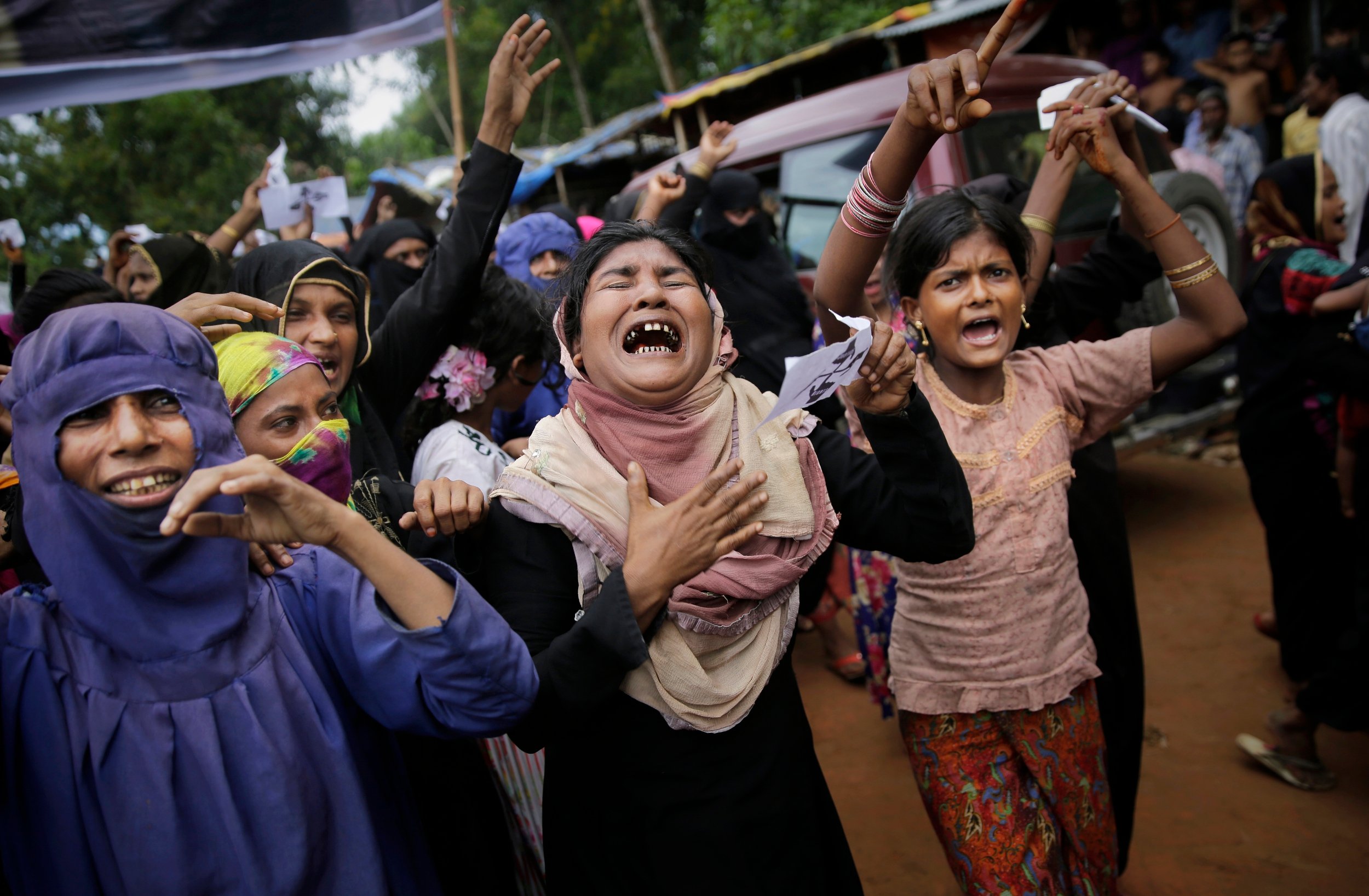 It also criticised Suu Kyi, the country’s de facto leader and a one-time globally respected rights defender, for failing to use her “moral authority” to stem the violence.

Suu Kyi, Myanmar’s star politician who still draws widespread devotion inside the country for her long struggle for democracy, has seen her reputation shredded internationally with rights groups turning on her over a lack of public empathy for the stateless Rohingya.

Myanmar’s army has full control over defence and Suu Kyi’s civilian government has no ability to check its power.

But Hussein said the Nobel Leaurate should have leveraged her status inside Myanmar to defang the military operation against the Rohingya — or resigned — instead of effectively acting as a cloak for their actions.

“She could have said look, you know, I am prepared to be the nominal leader of the country but not under these conditions,” he said.