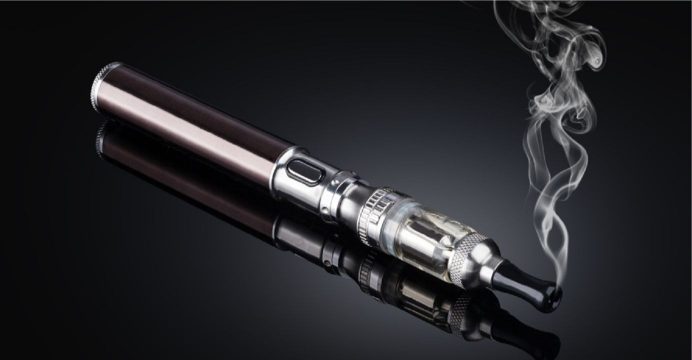 Roughly 10.8 million American adults are currently using e-cigarettes, and more than half of them are under 35 years old, a U.S. study suggests.

One in three e-cigarette users are vaping daily, researchers report in the Annals of Internal Medicine, reports Reuters.

“Electronic cigarette use is also closely associated with other high-risk behaviors,” said senior study author Dr. Michael Blaha, director of clinical research for the Johns Hopkins Ciccarone Center for the Prevention of Heart Disease in Baltimore.

“The most common pattern of use in the U.S. is dual use, i.e. current use of both traditional cigarettes and electronic cigarettes.”

Twenty-somethings, smokers of traditional cigarettes, unemployed adults, and people who identify as lesbian, bisexual, gay, and transgender (LGBT) are more likely than other individuals to use e-cigarettes, the study also found.

“It is becoming clear that specific vulnerable groups are at highest risk of adopting electronic cigarettes,” Blaha said.

Big tobacco companies, including Altria Group Inc, Lorillard Tobacco Co and Reynolds American Inc, are all developing e-cigarettes. The battery-powered devices feature a glowing tip and a heating element that turns liquid nicotine and other flavorings into a cloud of vapor that users inhale.

E-cigarettes containing nicotine can be addictive like traditional cigarettes. Even without nicotine, some research suggests that flavorings and other ingredients in e-liquids used for vaping could be linked to serious breathing problems.

Another open question is whether e-cigarettes might help some people cut back on smoking traditional cigarettes or quit altogether, and the study doesn’t offer a clear answer.

Overall, 1.4 percent of people in the study who never smoked traditional cigarettes used e-cigarettes, as did 7.6 percent of ex-smokers and 14.4 percent of current smokers.

Vaping was even more common among sexual minorities. Seven percent of lesbian and gay people were current e-cigarette users, as were 9 percent of bisexual adults and 8.7 percent of transgender individuals.

People with chronic medical problems like heart disease, cancer, asthma and breathing disorders were also more likely to vape than individuals without these common health issues.

A limitation, however, is that all of the data was self-reported and not verified by medical records. Researchers also didn’t know the type of e-cigarette devices people used or the liquids they vaped, which might influence health outcomes associated with vaping.

One advantage of the study is that researchers had responses from nearly 467,000 adults, making it possible to examine trends for subgroups like LGBTQ individuals in a way that wouldn’t be possible with a smaller survey.

“We know that most e-cigarette users are smokers of conventional cigarettes and that LGBTQ adults are more likely to smoke conventional cigarettes, so I am not surprised that the prevalence of e-cigarette use is higher among LGBTQ individuals,” said Dr. Nancy Rigotti, director of the Tobacco Research and Treatment Center at Massachusetts General Hospital and a professor at Harvard Medical School in Boston.

“Current smokers and recent quitters are the groups in which e-cig use is highest,” Rigotti, author of an accompanying editorial, said.

“Why LGBTQ adults are more likely to smoke cigarettes is a complex question, but these individuals have a higher prevalence of other substance use disorders and mental health (diagnoses),” Rigotti added.

“Tobacco use is high in adults with these conditions and this no doubt contributes to the higher level of tobacco use in LGBT individuals.”