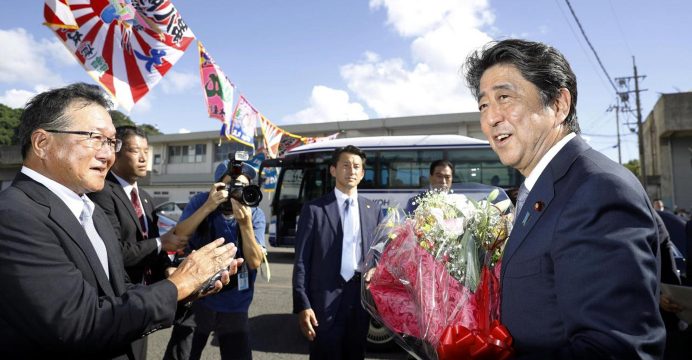 Japanese Prime Minister Shinzo Abe announced his candidacy on Sunday for a ruling party leadership election he is expected to win, despite low expectations for his economic policies and doubts over his push to revise the pacifist constitution.

The expected victory over ex-defense minister Shigeru Ishiba in the Sept. 20 Liberal Democratic Party (LDP) poll would put Abe on track to become Japan’s longest-serving premier. The winner becomes prime minister due to the LDP-led coalition’s grip on parliament.

“It is my responsibility to respond to the mandate of the people,” Abe told reporters during a trip to southwestern Japan. “I am resolved to steer Japan for another three years as LDP president and prime minister.”

Analysts say Abe looks set hold on to the top job because his nearly six years in power have enabled him to woo LDP backers with cabinet posts and other favors and to shut out rivals, while a weak opposition makes his lukewarm popularity among the electorate less relevant. 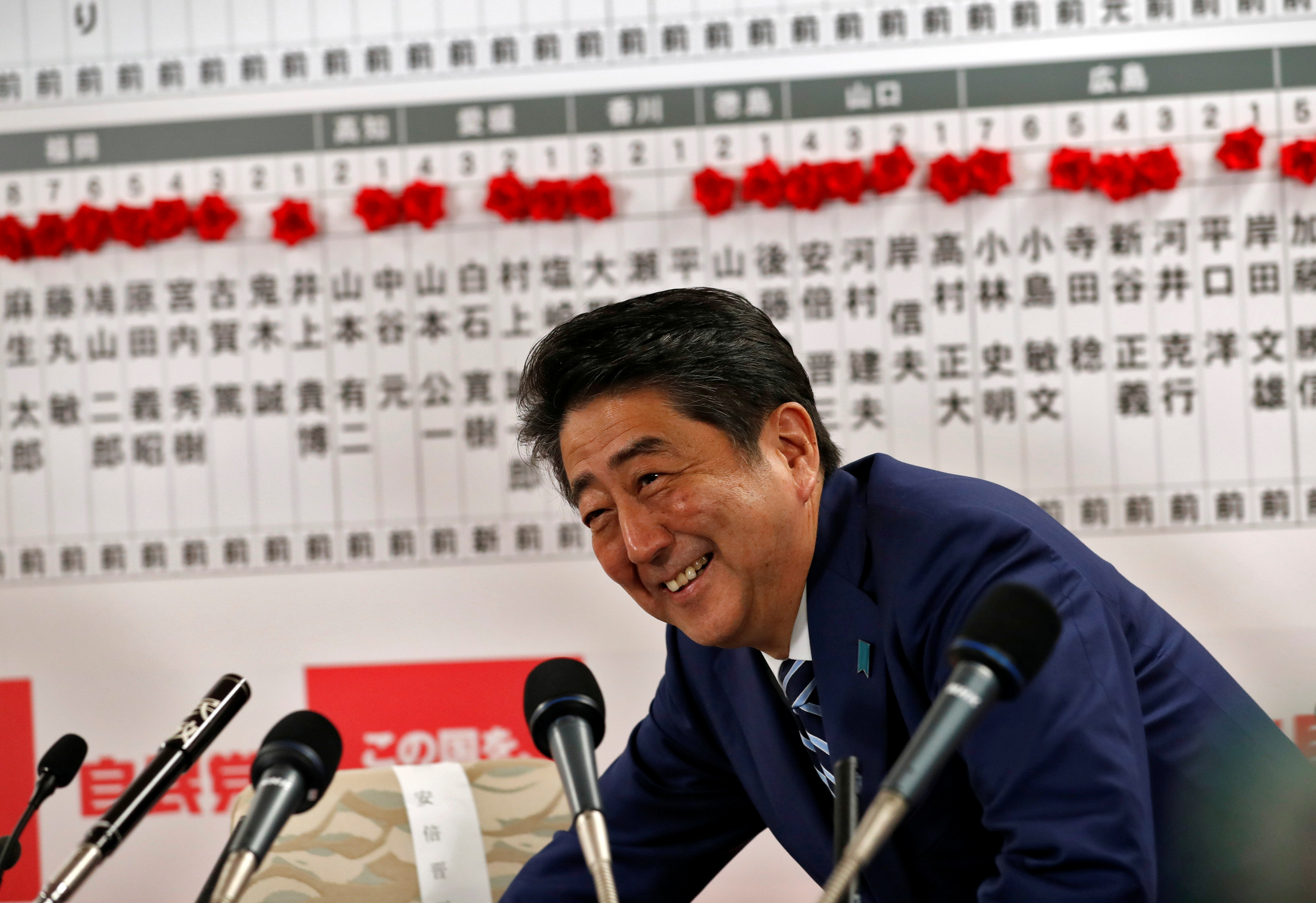 Abe began a second stint as prime minister in 2012 promising to reboot the deflation-plagued economy with his “Abenomics” policies and to bolster defense.

He has boosted defense spending and loosened constitutional limits on the military but, on the economic side, the Bank of Japan has failed to reach its 2 percent inflation target despite an ultra-loose policy.

What Abe will pursue if he wins the vote and extends his tenure as prime minister is far from clear.

“What is the economic agenda? The answer is stability – don’t rock the boat,” said Jesper Koll, head of equities fund WisdomTree Japan.

On the security front, Abe wants to revise the post-war constitution’s pacifist Article 9 to clarify the ambiguous status of Japan’s military. The article, if taken literally, bans maintenance of armed forces but it has been interpreted to allow a military for self-defense.