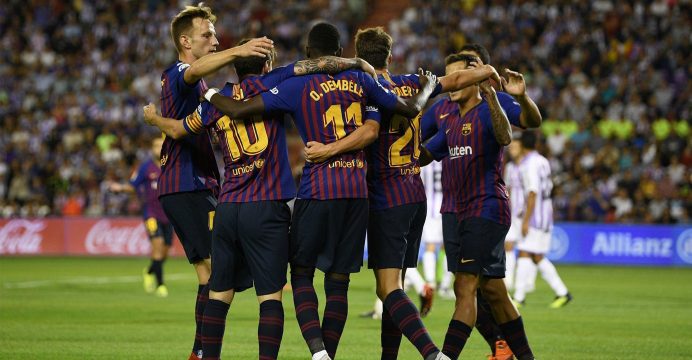 Ousmane Dembele’s second-half strike was the difference as reigning La Liga champions Barcelona ground out a 1-0 win away to newly-promoted Valladolid on Saturday to maintain their perfect start to the campaign.

It was not a classic Barcelona performance by any means at the Estadio Jose Zorrilla, and they escaped at the death as a Keko equaliser for the hosts was disallowed due to a marginal offside call.

Nevertheless, Ernesto Valverde’s side now have six points out of six and are yet to concede a goal, with this victory following a 3-0 success against Alaves on the opening weekend. 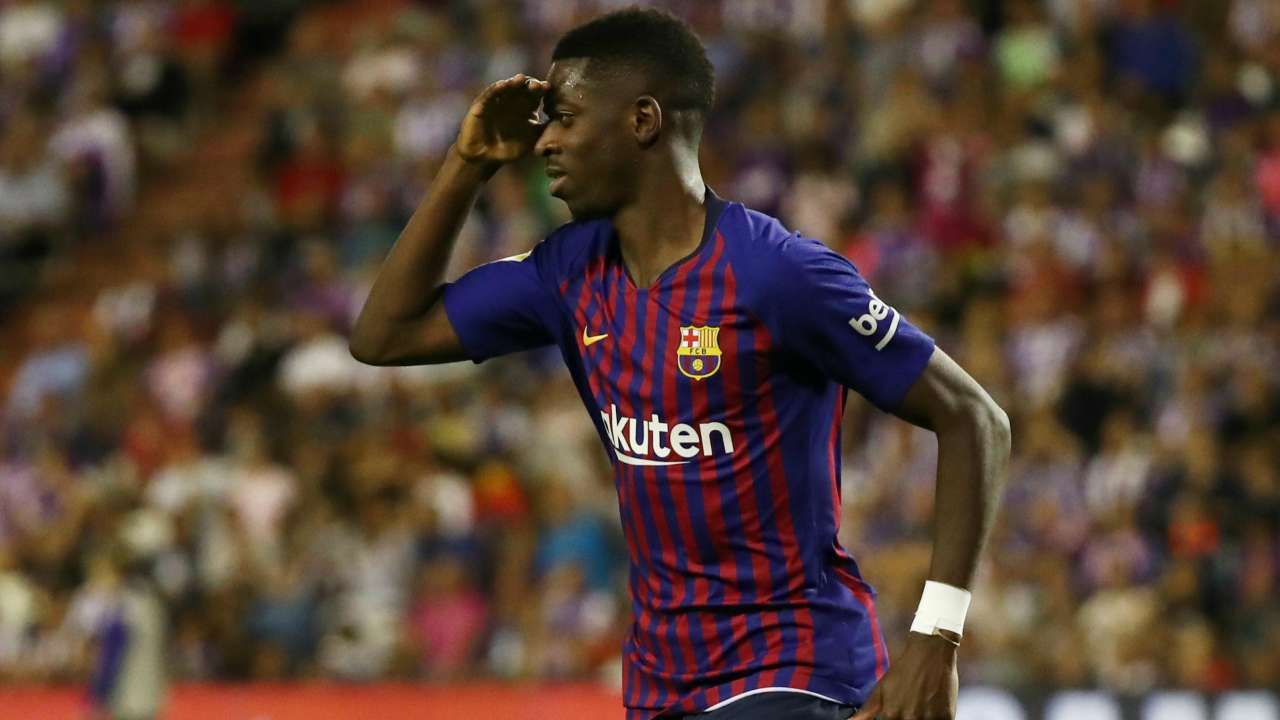 Lionel Messi had scored twice in that game, but he struggled to make an impact here on a dreadful pitch that kept cutting up.

Instead it was Philippe Coutinho who came closest to opening the scoring in the first half, his low shot from the edge of the area heading for the corner before Jordi Masip turned it around the post.

On a night when Gerard Pique made his 300th appearance in La Liga, none of Barcelona’s close-season signings started, although Arturo Vidal and Brazilian winger Malcom came off the bench late on.

By that time Dembele, whose first season at Barca after joining from Borussia Dortmund was marred by injury, had scored the crucial goal. Sergi Roberto headed a 57th-minute cross back down into the path of the French international, who swept the ball past Masip.

The visitors then thought they had scored a second in the closing stages as Messi released Luis Suarez to slot home, but the offside flag cut short the celebrations.

Barca were then rescued by the Video Assistant Referee in the second minute of added time. Substitute Keko, having earlier headed a glorious chance straight at Marc-Andre ter Stegen, this time saw his header find the back of the net.

The Valladolid fans, who saw their team win promotion via the play-offs, erupted in celebration, but the assistant referee had spotted the offside, and video replays confirmed it was the right decision, if only just.