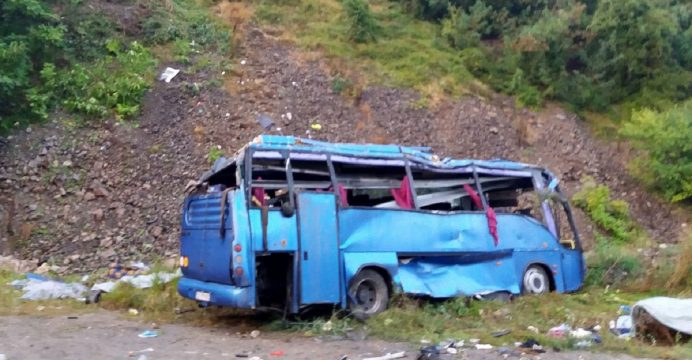 At least 15 people killed in a bus accident in Bulgaria

At least 15 people were killed and 27 others were injured in a bus accident on Saturday in Bulgaria, the country’s Minister of Health Kiril Ananiev told reporters.

According to the Interior Ministry, the accident took place around 5:10 p.m. (1510 GMT) local time in the Iskar Gorge near the town of Svoge, some 40 km north of Sofia, when the bus overturned off the road. The cause of the incident is under investigation, reports BSS.

According to local officials, the people in the bus were on an excursion, organized by a pensioner’s club, and there were no foreigners among them.

The Council of Ministers declared Monday as a day of national mourning. In 2017, road accidents killed 682 people in the Balkan country.